CSLB’s Most Wanted List A Fix To Finding The Fraudulent 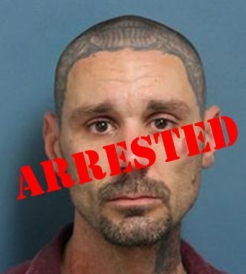 They are considered crooked and deceitful and they are ripping off homeowners throughout California.

Who is keeping an eye out for unlicensed contractors who take lots of money for a job "not" done?

Our California Statewide Law Enforcement Association (CSLEA) members who enforce the law at the Contractors State License Board (CSLB) and they have an excellent tool in their CSLB's "Most Wanted" list.

CSLB just added to its most wanted list, two men accused of ripping-off San Diego County residents of more than $100,000.

Suspect #1: Ronald Wayne Holland of Bonita with a $25,000 warrant out for his arrest. 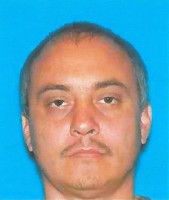 Holland is accused of grand theft, diversion of funds, contracting without a license and soliciting illegally large down payments.  According to prosecutors, Holland preys on homeowners interested in swimming pool and landscaping projects.  Holland promises “great deals,” then takes excessive down payments, and rents heavy construction equipment in the customer’s name. The equipment is then left behind, building up back rent charges for unsuspecting homeowners that result in financial liens being filed against them.

Holland has been cited and convicted for illegal contracting on nine previous occasions and is currently on probation from previous unlicensed contracting activities.  In one case, Holland owes a homeowner $100,000 in restitution.

Mitchell is accused of targeting homeowners interested in repairing or repaving long, asphalt driveways.   Investigators say he tells homeowners he is paving driveways in the area and has left-over material he can use for their driveway.   According to complaints, Mitchell then writes a contract and collects down payments of up to $2,500 but never shows up to do the work.

Mitchell has been convicted on seven previous occasions for contracting without a license.  He faces five counts of grand theft, diversion of funds and two counts of elder abuse.

Last week CSLB added suspect Maico Merdinand Dimla to its Most Wanted list.  Dimla, 41, is a suspect in a scam that targeted at least 50 law-abiding contractors or soon-to-be licensed contractors.   Dimla's partner in crime, suspect Luis Flores,  was recently arrested while crossing the border into the United States and sits in a Sacramento County jail facility charged with conspiracy to cheat/defraud another person of property.

His arrests follows an  investigation that began last summer after contractors applying  for a state license reported they had been conned by people falsely representing themselves as CSLB employees.  Investigators believe Flores and Dimla made up a fraudulent business and website with names similar to CSLB.

While in the Tijuana area, the two allegedly contacted CSLB applicants and license holders telling them they needed test study guides, continuing education credits or licensing exams.  The two are suspected of collecting money over the phone via credit cards.  At least 50 people fell victim to this scam and were defrauded in amounts ranging from $98 to $250 each.  CSLB investigators believe the number of victims could be higher once people realize they were conned.

Does the CSLB Most Wanted list work?  One of the ten now has the word "arrested" stamped across his mug.  James Lewis Cunningham was arrested on April 3,  in Fresno County.  Cunningham is suspected of using a legitimate contractor's license number to contract for an interior paint and repair project at a residence that was to be flipped by a funding company in the Visalia area.

Due to his prior criminal history, a $100,000 arrest warrant for Cunningham was issued on January 15, 2013. Cunningham currently is being held in the Fresno County Jail.

"There's no question the work by CSLB investigators is impressive," said CSLEA President Alan Barcelona. "They continue to identify and capture the unscrupulous who rip off trusting individuals.  These unlicensed contractors not only victimize those who give them money, they victimize all Californians by fueling the underground economy which chips away at legitimate businesses."