CSLB’s Most Wanted One Arrest, One at-large 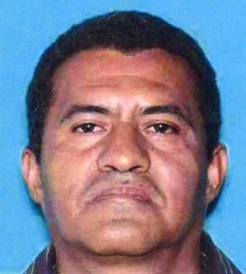 CSLB investigators suspect Maico Merdinand Dimla, 41, is also a part of the scam and have placed Dimla on CSLB's Most Wanted list.   A warrant has been issued for his arrest.  Dimla is believed to be in the Tijuana, Mexico area.

Flores was arrested while crossing the border into the United States and sits in a Sacramento County jail facility charged with conspiracy to cheat/defraud another person of property.

His arrests follows an  investigation that began last summer after contractors applying  for a state license reported they had been conned by people falsely representing themselves as CSLB employees.  Investigators believe Flores and Dimla made up a fraudulent business and website with names similar to CSLB.

While in the Tijuana area, the two allegedly contacted CSLB applicants and license holders telling them they needed test study guides, continuing education credits or licensing exams.  The two are suspected of collecting money over the phone via credit cards.  At least 50 people fell victim to this scam and were defrauded in amounts ranging from $98 to $250 each.  CSLB investigators believe the number of victims could be higher once people realize they were conned.

"These men are suspected of tricking hard-working, law-abiding people out of money," said California Statewide Law Enforcement Association (CSLEA) President Alan Barcelona.  "Victims said the phone calls were coming from what appeared to be a Sacramento area area code, yet the suspects were in Tijuana.  The fact that Flores was arrested as he crossed the border into the U-S means our CLSEA members who are CSLB investigators take this matter very seriously."

Flores is scheduled to appear in Sacramento County Superior Court April 3, 2013 for a preliminary hearing and a motion to amend.

The search for Dimla continues.  He also faces a charge of conspiracy to cheat/defraud another person of property.