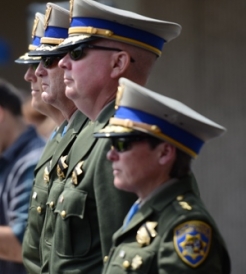 Each year in May, The California Highway Patrol sets aside time to remember its fallen officers.  In a ceremony filled with tradition, sadness and respect, the CHP pays tribute to those officers killed in the line of duty and their surviving family members.

Sadly, this year, another officer's name was added to the list of 223 fallen officers remembered at the CHP Academy in West Sacramento. 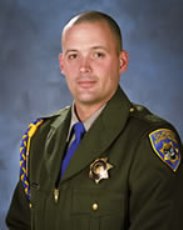 Officer Kenyon Youngstrom was killed last September in Contra Costa County.  He was shot by a motorist who was being pulled over at the request of another CHP officer.  Officer Youngstrom was on the side of the road  for a different matter, he stepped out of his cruiser to direct the motorist to the side of the road, he approached the driver from the front of the vehicle when the driver fired a gun.

Officer Youngstrom's wife and four children were among the families of fallen officers who attended the ceremony.   A ceremony in which the name of each fallen officer was read.  A bell was  rung seven times, to represent the seven points on the CHP badge.  There was a gun salute and a helicopter flyover.

There were tears.  There were words of kindness and an amazing show of support. 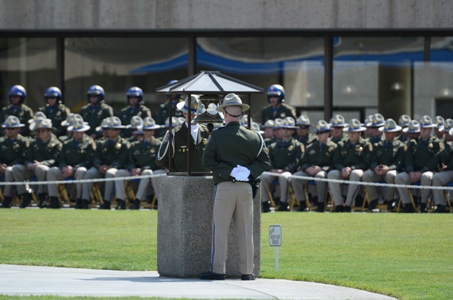 CHP Commissioner Joe Farrow spoke about  the loss of heroes and the CHP code of honor to "lay down my life rather than swerve from the path of duty." 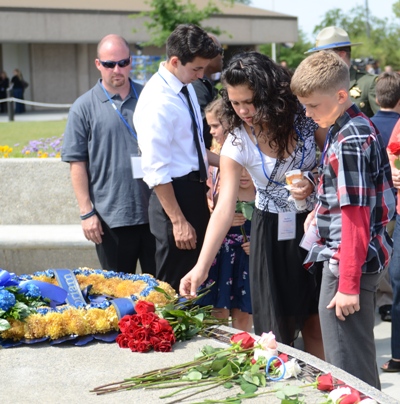 "It's with great sadness and respect that we honor fallen officers," said Alan Barcelona, president of the California Statewide Law Enforcement Association.  "These men and women paid the ultimate sacrifice for our safety and protection.  Our thoughts are always with their families, and it is to them as well as our fallen heroes, that we say, thank you."