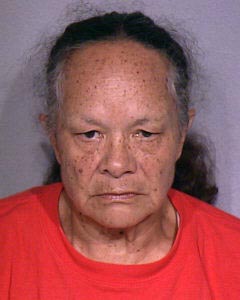 A woman who admitted to stealing more than $405,000 from a non-profit agency that helps the homeless, the developmentally disabled, the elderly and people with aids, was sentenced to four years in prison on July 9, 2013.

Theo Lani Bell, 62, pleaded no contest to two counts of state income tax fraud and one count of grand theft.  During a five year period, Bell billed her employer, Housing for Independent People, for extensive  plumbing repairs to a homeless shelter in Oakland that were either never needed or completed.  She used her personal credit card , then submitted falsified repair orders to the agency and pocketed the reimbursement money.

An employee who took over management of the property discovered the scheme.  This case was investigated by the Franchise Tax Board's Criminal Investigation Bureau and the Santa Clar County District Attorney's office.

"Who steals from an agency working to provide people in need with affordable housing and independent living," said Alan Barcelona, president of the California Statewide Law Enforcement Association (CSLEA).  CSLEA represents 7,000 law enforcement, public safety and consumer protection professionals who work for the state of California, including Franchise Tax Board investigators.  "Embezzled money is income, embezzled income, but it's income and investigators found she didn't report it."

Bell failed to report more than $328,000 in income and is ordered to pay more than $71,000 to the state of California for the unpaid tax, penalties, interest and the cost of the investigation.