UPDATE:   In response to the August  2, 2013 CSLEA article below,  Attorney Joseph Rose has twice demanded a retraction.   CSLEA published the information in an ongoing effort to educate members about POC's attempt  to decertify CSLEA and the adverse impact decertification  would have on members.   For CSLEA's response to Rose's demand: "CSLEA's Law Firm Responds."

CSLEA has and will continue to caution former and current members of the perils of relying on POC's "legal defense plan." As will be more fully detailed in an upcoming video by CSLEA, the POC plan is nothing more than a retainer agreement which does not guarantee that services are provided.

A jaw dropping example of just how deficient POC's legal services are has come to light. One of the founding POC directors and former treasurer, Brandon Shoemaker, has apparently been abandoned by POC and its retained law firm in a lawsuit seeking to overturn his dismissal as an investigator for the California State Lottery. 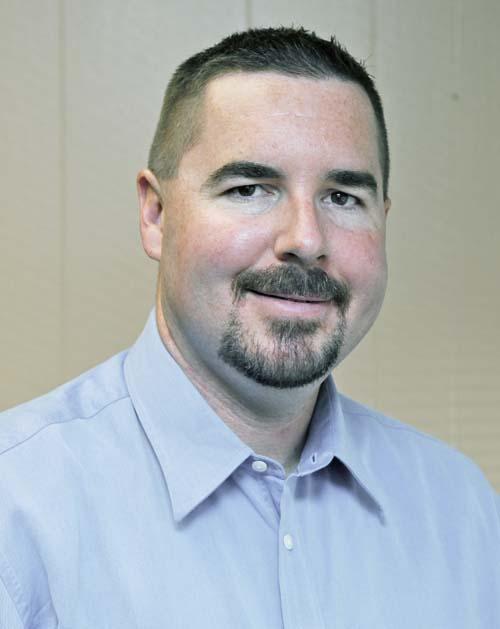 After his case was heard by a State Personnel Board judge, on April 10, 2012 the SPB adopted the judge's dismissal sustaining Shoemaker's termination. On August 15, 2012, Shoemaker, with the assistance of the Rose Law Firm filed a petition for writ of mandate in Sacramento Superior Court.

The filing of the petition is the initial step in having the SPB decision reviewed on appeal. The next steps would be to furnish the court with the administrative record which would include the exhibits introduced and the reporter's transcripts of hearing. The production of these items can be costly depending on the length of the administrative hearing. The parties then prepare and file briefs and submit them to the court and then typically appear for oral argument before a superior court judge.

But these additional steps never occurred. On January 4, 2013, after apparently doing nothing on the case for 4 1/2 months, the Rose Law Firm substituted out as Shoemaker's attorney of record. Did Shoemaker get another attorney? No. The substitution left Shoemaker to represent himself in pro per. Was the appeal ever heard? No, again. On July 23, 2013, Shoemaker dismissed the suit.

One can only speculate why Shoemaker was abandoned by the POC law firm. But wouldn't you expect that of all people, one of POC's founders and former officers would get full legal representation? Especially on an appeal of his termination from State service which will likely mean Shoemaker will never again work as a peace officer. If POC's counsel would abandon him, what can those POC members who arguably have less status expect? And the Rose Law Firm is responsible for POC members' legal defense which includes potential criminal investigation and prosecution.

Do not jeopardize your liberty, career or family's finances. Make sure you have reliable career insurance.

Petition For Writ Of Administrative Mandamus