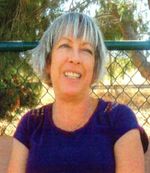 On Wednesday, October 23, family and friends of murdered Napa State Hospital employee Donna Gross will stand beside state workers, state lawmakers and labor association representatives to remember the psychiatric technician who was killed three years ago and to push for further safety measures at state mental hospitals.

"Donna Gross went to work one day, performing her duties as a psych tech among what has become an increasingly violent patient population at our state mental hospitals, and never returned home," said Alan Barcelona, president of the California Statewide Law Enforcement Association (CSLEA).  "CSLEA has joined with other labor associations because our members who are hospital police officers, work inside these state mental hospitals which are now, based on the patient population, more like prisons."

Gross, 54, of Concord was strangled by patient Jess Massey, who is serving a 25 years-to-life prison sentence for the crime.  Her death shined a light on the increasingly violent people who are criminally committed to state mental hospitals by the courts.

"They are often referred to as forensic patients," said Barcelona.  "It has a scientific tone to it, but what it means is this, those patients were committed to the hospital by the criminal justice system and are accused of or have committed heinous crimes."

Johnson spoke on behalf of CSLEA and the Hospital Police Association of California (HPAC) expressing the need for sworn peace officers at state mental hospitals to be armed.  Currently, they are not allowed to wear weapons while transporting patients who have  a history of violence into the community.  "While these violent offenders are housed at Napa State Hospital, they are transported by one unarmed hospital police officer and one staff member to medical appointments out into the community.  Sometimes there will be two patients to one officer while on these transports."

"This hospital has turned into a de facto prison," Assemblyman Marc Levine (D- San Rafael) commented during the hearing.

Assemblywoman Mariko Yamada (D-Davis), head of the Select Committee on State Hospital and Developmental Center Safety, concurred.  "Are we turning our hospitals into more of correctional facilities?" she asked.

As state lawmakers investigate what needs to be done, state workers and their associations will continue to push for increased safety measures.  The memorial to reflect on the life of Donna Gross, the state worker killed three years ago, will be held outside Napa State Hospital at 11:00 a.m.