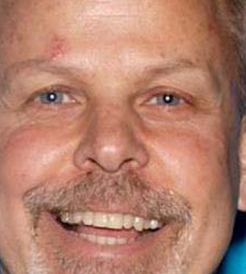 SAN DIEGO - When a healthy, undercover California  Medical Board investigator infiltrated Robert Oldham Young's clinic at an avocado ranch  in Valley Center, the investigator was diagnosed with a disease and a high priced treatment was recommended.  The same scenario played out when an investigator from the San Diego County District Attorney's office  went undercover and sought advice.   That investigation lead to the arrest Robert Oldham Young, author of "The ph Miracle" on January 23, 2014.

Young, 61, was arrested for conspiring to practice medicine without a license and multiple counts of grand theft.  Young is accused of ripping off tens of thousands of dollars from cancer patients, many of them chronically or terminally ill,  seeking a cure.

Young is the author of alternative medicine books promoting an alkaline diet.  Investigators raided his ph Miracle Center at his avocado ranch where he housed patients.  According to a Medical Board news release, Young went beyond advocating dietary changes and began using intravenous treatments.

"This man is accused of doing things that only a real doctor, a licensed physician, can do," said Alan Barcelona, president of the California Statewide Law Enforcement Association (CSLEA).  CSLEA is an association of nearly 7,000 law enforcement, public safety and consumer protection professionals who work for the State of California, including investigators with the Medical Board of California.  "While we all have a right to seek out alternative medicine, those who practice alternative medicine should never crossed the legal line of practicing as if he or she were a physician."

Young was arraigned on 18 felony counts and faces up to 15 years, eight months in state prison if convicted.

In addition to Young,  Rocio "Rosie" Placensia, 32, was also arrested for conspiring to practice medicine without a license and multiple counts of grand theft.  Placensia faces three years in county jail if convicted.