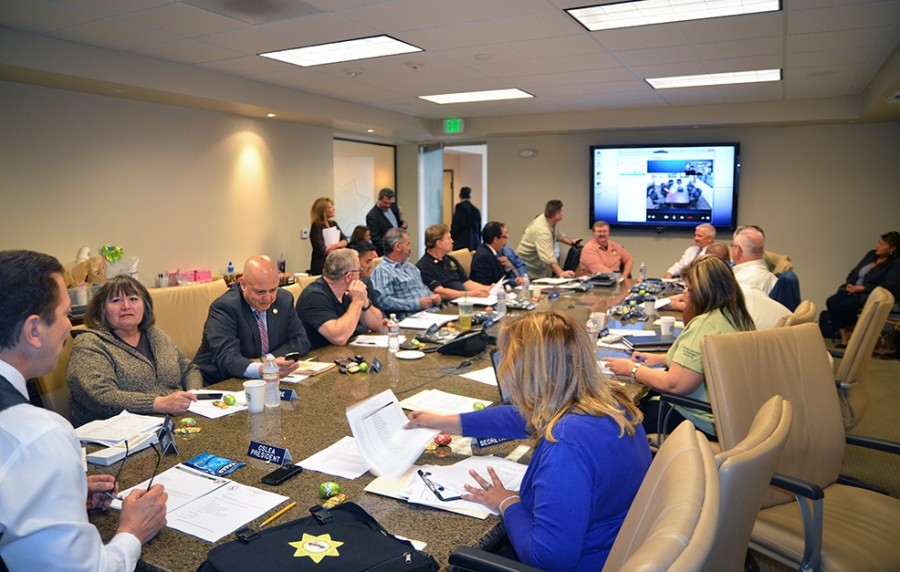 CSLEA Political Consultant Peter Mitchell presented to board members an important update on San Jose Mayor Chuck Reed's initiative attempt that threatened CSLEA members' retirement security.  A Sacramento Superior  Court ruling against Reed dealt Reed a monumental setback in his attempt to get a statewide pension-change initiative on the November 2014 ballot.  "He is enemy number one," Mitchell told the board,  "He will be back with this in November 2016."

CSLEA President Alan Barcelona stressed the need to increase communication with our members,  "We want our members to be active and involved in CSLEA.  Associations play a vital role in the livelihoods of the working class.  If labor associations disappeared, things would start unraveling really fast."

Member Services Representative Richard Carrillo told board members there have been many requests for CSLEA and affiliate presentations.  Carrillo reported,  Member Services has been busy with new employee orientations as the State is now hiring.

Board members thanked Resource Protection Peace Officers Association (RPPOA) Vice President Rob Pickett and the RPPOA board for reaching out to state park rangers, peace officer-lifeguards and Department of Fish and Wildlife wardens to educate them about the goals and  funds of the affiliate.

CSLEA Chief Counsel Kasey Clark outlined for the board the current legal defense fund cases  and their status.  He also introduced California Alcoholic Beverage Control Agent (CABCA) affiliate President Kevin Highbaugh as a new trustee on the Legal Defense Fund Board.  Highbaugh is replacing former Fire Marshal and Emergency Services (FMESA) affiliate President Bill Bondshu who is retiring from his role as a LDF trustee, FMESA affiliate president and CSLEA board member.

"Bill brought intelligent dialect to the table," said CSLEA President Alan Barcelona.  "His ideas, his questions, his foresight were second to none.  He is well respected and is a class-act."