Thank You To Our Public Safety Dispatcher and Communications Operators 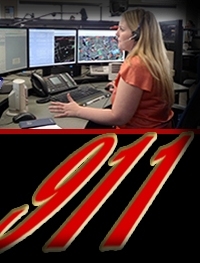 These men and women answer 911 emergency calls for help, dispatch officers and play a vital role in officer/firefighter safety.

"Behind every one of those calls, a CAL FIRE ComOp is usually involved in the support and initial dispatch," said Daren Watkins, president of the Fire Marshal and Emergency Services Association (FMESA) and CAL FIRE communications operator.  "Our job may be thankless, difficult, stressful, tiring and conducive to consuming large amounts of caffeine in short time periods.  This week is about recognizing the job that we do.  I would like to say thank you to all CAL FIRE ComOps for doing that job so well."

California Highway Patrol Public Safety Dispatchers handle every type of emergency and receive a majority of the 911 calls made from cellular phones.  When Asiana Airlines Flight 214 crashed at SFO last July, CHP dispatchers took the emergency calls for help.  They are on the receiving end of emergency calls for help involving horrific crashes, drunk or drugged driving, shots fired, road rage and every other emergency that arises.   They also are a lead role in monitoring pursuits and officer safety.

"I am proud of our dispatchers. They are professional and calm when others are panicked or distressed.  They are the true first responders and watch over officer safety as well," said Tina Brazil, president of the CHP-Public Safety Dispatchers Association (CHP-PSDA).

State Parks and State Hospitals communications operators receive the same types of calls for help and dispatch rangers and officers.  When two heavily armed suspects involved in a domestic violence situation  showed up at the state hospital in Coalinga last June, it was a hospital communications operator who answered the 911 call for help, dispatched officers and monitored the situation for their safety.

"Our CSLEA members who answer 911 calls for help and dispatch emergency crews, are skilled, highly trained professionals. They  are cool, calm  and patient in the peak of extreme adrenaline and panic," said CSLEA President Alan Barcelona.  "We're proud of the jobs they do every day of the week, but this week, National Public Safety Telecommunicators Week, we get to shine an gigantic  spotlight on them for the exceptional jobs they do and to say thank you.  Thank you for all you do."