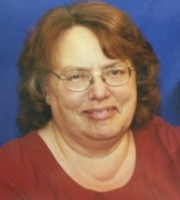 "Few people know the world of emergency communications like Mary Pat did.  She made a difference and will be greatly missed by all us." - CHP-PSDA President, CSLEA Senior Vice President Tina Brazil

"The death of Mary Pat is felt by CHP dispatchers throughout the state, but especially at GGCC.  Not having her with us is a great loss to all of us," said CHP-PSDA President, CSLEA Senior Vice President Tina Brazil.   "I worked with her on CHP committees, she was very dedicated to all dispatchers. "

Mary Pat passed away at a hospital in Santa Clara where she was being treated for a heart condition.   For 32 years, the CHP was her career family.  She joined the department as a communications operator in 1982.  She worked in the San Francisco area for nine years and in 1991, with the consolidation of dispatch centers, she was assigned to GGCC in Vallejo.  She promoted to Public Safety Dispatch Supervisor I in 1999 and PSDSII in 2003. She was also involved in the California Chapter of the National Emergency Number Association (CALNENA). 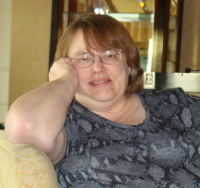 " Few people know the world of emergency communications like Mary Pat did," said Brazil.  "She made a difference and will be greatly missed by all of us."

"Mary Pat was dedicated to CHP dispatch and a member of the Golden Gate Communications family, she will be truly missed," said Gina Walls, CHP-PSDA Board Member, CSLEA Site Rep and CHP Public Safety Dispatcher.

"I would like to extend my deepest sympathy to our CHP dispatchers and those who knew and loved Mary Pat Marshall," said CSLEA President Alan Barcelona.  "CHP dispatchers have extremely  stressful jobs and they trust they will be there for each other for emotional support.  Our thoughts and prayers are with them during this time of loss and sadness."