is the highest award for valor presented to public safety officers

by the State of California. 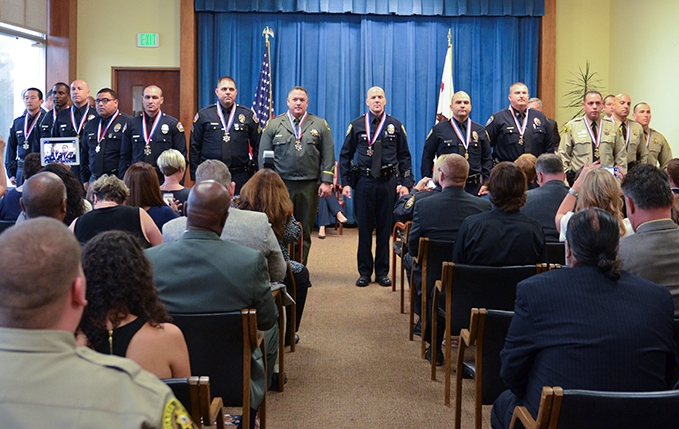 The recipients included two detectives and two deputies from the San Bernardino County Sheriff's Department, three of whom were involved in the deadly shootout with cop killer Christopher Dorner last year. 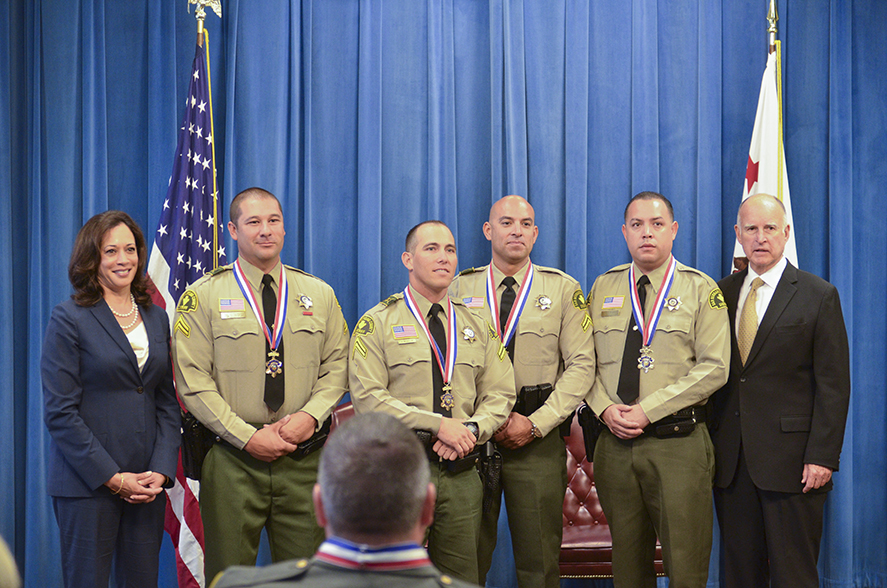 Also awarded the Medal Of Valor  were two police officers from the Santa Monica Police Department and a sergeant from Santa Monica College Police for putting an end to a shooting rampage last summer by shooting and killing the gunman. 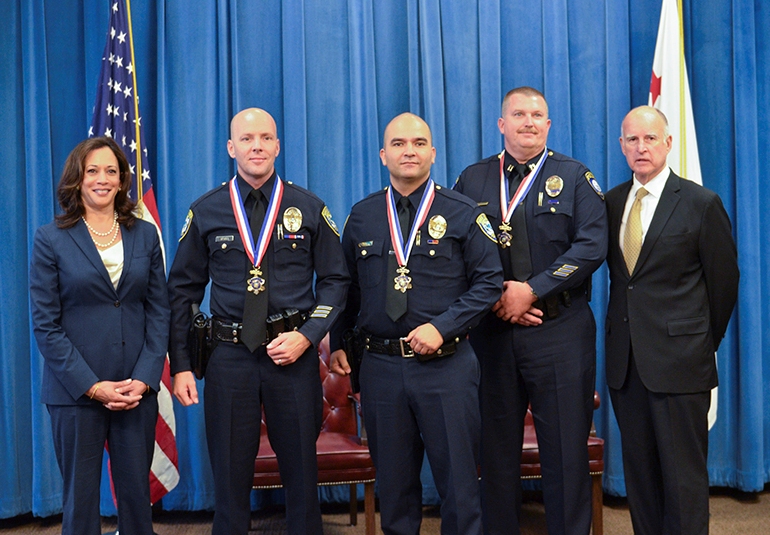 Five police officers and a sergeant from the Los Angeles Airport Police Department received the Medal of Valor as a result of their heroic actions during a shooting rampage at Los Angeles International Airport in November. 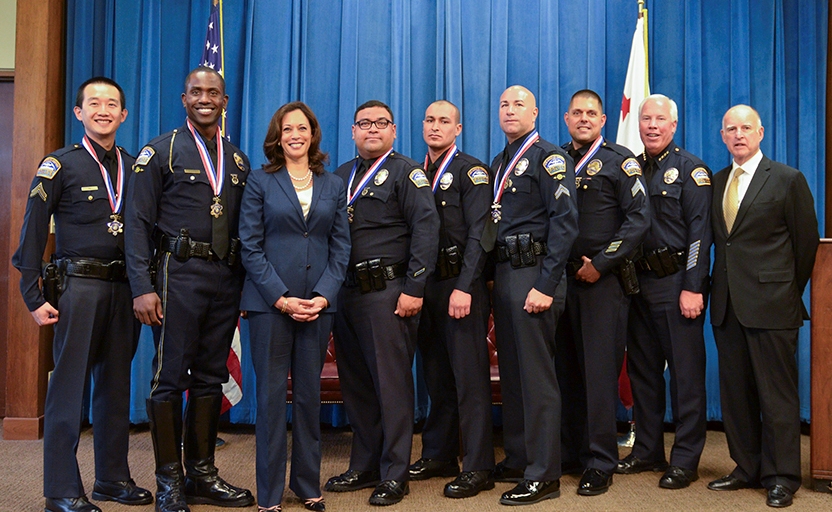 Shasta County Sheriff's Office Correctional Officer John Zufall was awarded the Medal of Valor after risked his own life in to save a fellow diver in a lake. 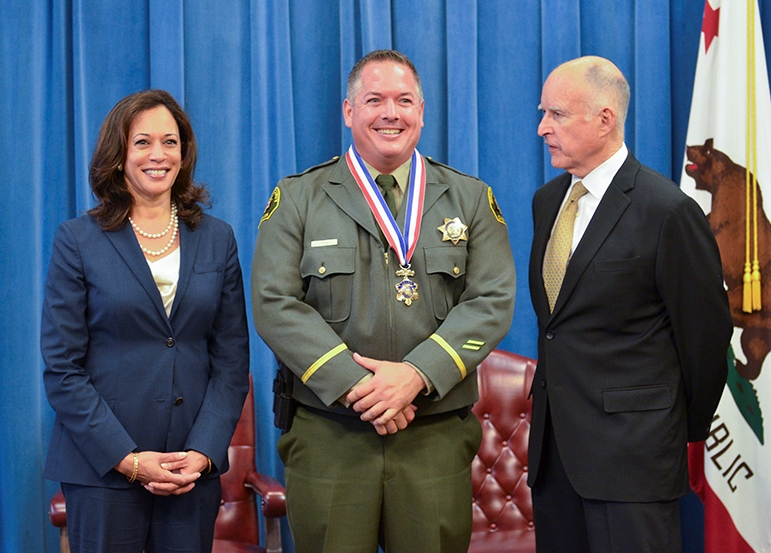 And Deputy Arturo Ramirez with the San Bernardino Sheriff's Department was honored  for running  into a burning building to save an adult and four children.  Deputy Ramirez entered the apartment two times before firefighters arrived. 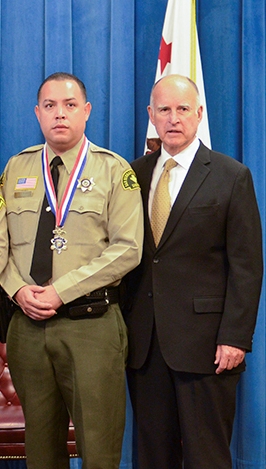 California Statewide Law Enforcement Association (CSLEA)  President  Alan Barcelona proudly served on the Medal of Valor Review Board.  "Each and every one of these law enforcement officers deserves our praise, our thanks, and our respect," said Barcelona.  "Brave and selfless, they put their own lives on the line protecting the public."