There’s More Than One Way To Save A Life "As a peace officer, I always suspected I might one day save a life, but I never thought I would do it laying down in a hospital bed." - CSLEA Member, FTB Investigator Ricardo Gomez 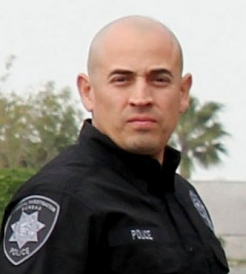 When California Statewide Law Enforcement Association (CSLEA) Member Ricardo Gomez became a peace officer in 2006, he knew there was a good chance he might one day save a life, but he never dreamed he would step away from his badge and his gun to do it.

"I said, 'hey, I heard you need a kidney.  I've got two!  You want one?'" recalls Gomez.  That was what he said to  his friend, David Purkhiser, in December of last year.   Five months later, Gomez found himself hooked to a lot of tubing and following through with his life-saving, risk-taking offer.

"Organ donation was not in my plan of things to do, but it was definitely one of the best decisions I ever made," said Gomez.  "It changed my life and my friend's life forever."

Gomez donated his left kidney to a young man who was staring at a lifetime of dialysis due to the severity of diabetes, and even that was no guarantee of a long and fulfilling future.  At Christmas-time, as Gomez sat in church, listening to the pastor describe a young man whose kidneys were failing, he felt moved to give the gift of life.

"I knew you would want to do this, I think it's great," Gomez's wife, Amanda, replied when he announced his decision to further  investigate the possibility of helping the young man his pastor spoke of.

Gomez said his investigation turned out to be a "no brainer" after he  discovered that the young man in need of life-saving help was someone he had met several years ago at a church men's group.  "He's a funny guy in his late 20's and our sarcastic humor connected us right away.  He had shared with me that he struggled with diabetes but I had no idea he was so close to needing a kidney transplant."

And so the life-saving, life-changing nine month journey began.  For Gomez, that meant test after test, needles, blood samples, x-rays, EKG's, a CT scan, paper work, talk of death and what could go wrong, and the determination that yes, indeed, he was the rare chance, the match his new friend in life, David, needed.

A lot went through Gomez's mind.  Could he survive his fear of needles and blood?  Would doctors find something wrong with him as they evaluated his own health and fitness?  Would he need two kidneys of his own later in life?  What if one of his own family members became in need of a kidney? His own wife has diabetes and may one day be faced with a kidney that shuts down.   Could he afford this financially?  Could he afford to be off work for months at a time? What would his children  do if the worst happened and he died?  Was it fair to burden his wife with nursing him back to health following surgery?

"We decided to put our trust in God," said Gomez.  "We believed that He was orchestrating the whole thing and He would carry it out to completion and beyond."

On May 19, 2014, Gomez "let go and let God."  He set aside his job as a investigations specialist  with the Franchise Tax Board Criminal Investigation Bureau,  walked into Loma Linda Medical Center where his clothes and wedding ring came off and a hospital gown and bracelet went on.  He kissed his wife and was rolled away to surgery.   He had one request,  "Can someone please take a picture of my kidney?"  There was an overwhelming yes, and with anesthetic, Gomez went under.

"This is an amazing story of personal sacrifice and giving," said CSLEA President Alan Barcelona.  "Ricardo  Gomez represents the very best of our membership and humanity.  Three months after the surgery he is back at work and he is a hero, not just to his friend David, but in the eyes of his colleagues.  It takes a special and caring person to do as he did."

Preparing for the surgery may have been emotionally exhausting but  recovering was strictly physical.  "My stomach felt as if I had done 1500 sit-ups a couple of days before," recalled Gomez. "But being in shape and working out regularly helped me recover quickly and with very minimal medication."  The best part of waking up was seeing his wife and eventually getting to see David.  "He seemed to have three times as many IV's hooked up to him, including one to his neck.  David seemed a bit uncomfortable but smiling and happy to be alive.  As we started to feel better, we kept that unit alive with our sarcasm and raw jokes."

"I am very fortunate," said Purkhiser.  "A lot of people say I'm lucky, I tell them I'm blessed."  Following his transplant, Purkhiser returned to his job as a sales representative for Anheuser-Busch a month earlier than planned.  He reports that he has a lot of energy and his kidney function is at the same level as when he was nine years old.   He was diagnosed with diabetes when he was four-years old.  "I feel like a new man."  His friendship with Gomez is very close. 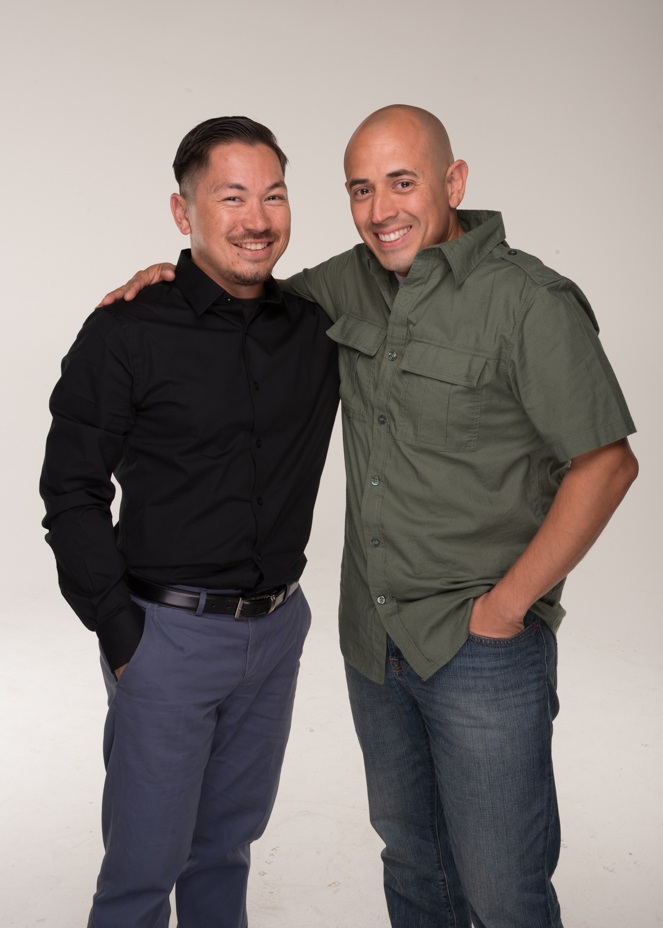 On discharge day, Gomez was presented with a certificate, a t-shirt and some other gifts from Loma Linda and the National Kidney Foundation.  He was told that not only did he save David's life, but as a living donor, he freed up an organ from a dying donor, so a second person could receive the gift of life.

He returned home to focus his attention on his recovery, his wife, and his two children, Isabelle, 16, and Ryan, 13.  While the surgery seemed "scary" to his daughter, Gomez believes she learned about compassion and the experience took her maturity "to a whole different level."    Gomez said his son, a high-functioning autistic 8th-grader, understood that his father was going into the hospital and would be "down for a while," but probably did not understand the entire risk.

In his absence from work, Gomez  wrote to his colleagues: "I miss my time with you all.  Thank you for your prayers, cards, texts, visits, calls and generous gifts.  Also, big thanks to the HR and the personnel team who helped me figure out how my time-off/disability/donor-time was going to work."

After three months off, Gomez returned to work on September 2, 2014.   He was able to take advantage of a  law known as the Michelle Maykin Memorial Donation Protection Act, that mandates some employers to give an employee up to 30 days paid leave for organ donations.  He also used disability and his own vacation and sick time.

To those considering organ donations, Gomez has this to say:  "This experience changed my life.  I want people to know that great things happen when you are selfless and do crazy things stepping out on faith!  Sure, not everyone can donate an organ, but you can donate blood, time, bone marrow or prayers!  You don't even have to do it while you're alive!  Just put that pink dot on your driver license so you can help give life to someone when you die!  Just be selfless and give!  Also, stay in shape!  We don't know when we will be called to save someone's life!"