Department of Justice Senior Criminalist Sonya Botero has worked for the State of California for nearly 10 years, but she remembers all too well what it felt like to be a "newbie" and wade through the confusing waters of government employment.

"There is so much for a new State employee to know and learn as far as pay scales and contract issues," said Botero.  "When I was hired at the Jan Bashinski DNA Laboratory in Richmond in 2005, I had a lot of questions, particularly about pay scales and why I was brought in at different pay.  I had a site representative who helped me along the way and was a real influence in letting me know I needed to be my own advocate, that I was protected and I did have the right to ask." 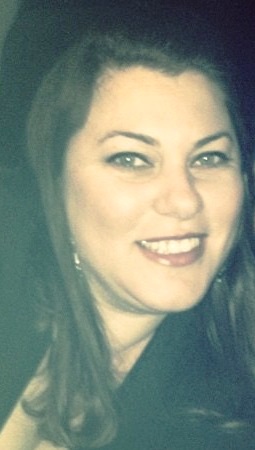 Since that time, Botero has moved to the Bureau of Forensic Services Riverside Crime Lab where she is currently, one of just two senior criminalists in the DNA section that serves both Riverside and Imperial Counties.  Despite the growing caseloads, Botero takes on the role as a site representative for the California Statewide Law Enforcement Association (CSLEA) and its affiliate Association of Criminalists-DOJ (AC-DOJ).  "I will let people know they can come to me with questions," said Botero.  "My passion when I first took site rep training was to help the new people and mentor them.   Recently, we have had an influx of criminalists starting here and representatives from CSLEA came to  introduce themselves and discuss the benefits of CSLEA membership.   There's a lot of things, I feel, employees don't know about their rights and benefits, what the contract says, how we are hired and promoted, it's a huge frustration for a new State employee."

Now as a veteran State employee, Botero is privy to areas of her employment that need to be addressed and wishes to work with CSLEA and AC-DOJ leadership to find some solutions.

Solving things is in Botero's nature and is what lead her to pursue a career as a criminalist.  "At first it was difficult for me to find the career path I wanted," said Botero.  "I had my degree in biochemistry, I liked science, liked solving puzzles, liked helping others."

Botero figured she had two alternatives: she could become a researcher or a police detective, but both professions had their drawbacks.  "There are few immediate results in research," said Botero.  "And to become a detective I would have had to go through a police academy and I didn't want to do that."

One day an application from the Department of Justice showed up in her mail.  At the time, she did not recall signing up for one.  Botero researched the criminialist position, filled out the application, interviewed in both Fresno and Richmond and was hired.  "Turned out to be a perfect move," said Botero.  "I like working with the different investigators from our agencies and district attorneys and I like the case triage that I do."

"Despite the challenges that Sonya faces on the job, she has taken the time to investigate her rights as an employee and become an active member of AC-DOJ and CSLEA," said CSLEA President Alan Barcelona.  "Site reps serve as our eyes and ears and bring concerns to our attention so that we may work with management to correct issues that need fixing.  I thank Sonya for volunteering and stepping up at the lab in Riverside."

“Members like Sonya are essential to keeping our members in the loop and to helping them when they need assistance," said AC-DOJ President John Miller.  "Without Sonya and our other site reps, I and the other Board members of AC-DOJ would be operating blind at times. Thank you to Sonya and all of our site reps for the time they volunteer on behalf of all of us.”