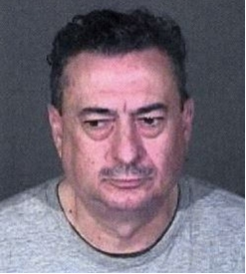 LOS ANGELES - When former insurance agent Isidro Santillan, 54, was arrested in August 2014, California Department of Insurance investigators knew it would be just a matter of a few short months before he was sentenced to prison.

"Our California Statewide Law Enforcement Association (CSLEA) members within the California Department of Insurance have proven time and again, they are second to none when it comes to these very complex and sometimes lengthy investigations," said CSLEA President Alan Barcelona.

Santillan pleaded no contest to two felony counts of grand theft and multiple acts of embezzlement and in December 2014 was sentenced to three years in state prison.  He also agreed to pay more than $133,000 in restitution to multiple victims.

"By failing to forward insurance premiums, Santillan placed his customers in great financial jeopardy," said Insurance Commissioner Dave Jones. "However he could not escape the law. We will continue our fight against insurance fraud and work with our law enforcement partners to bring justice to California consumers."

The California Department of Insurance began investigating Santillan after receiving multiple complaints regarding Santillan's business practices involving the sale of various insurance products and bonds.   Operating out of his office in Pacoima, Santillan sold polices to contractors across the state. He exposed his victims to great financial risk when he left them uncovered by not forwarding premiums to brokers, finance companies and insurers. Santillan concealed his theft by providing some of his clients with phony premium finance agreements.

Santillan will have no involvement in the insurance business in any capacity for ten years after his release from prison.