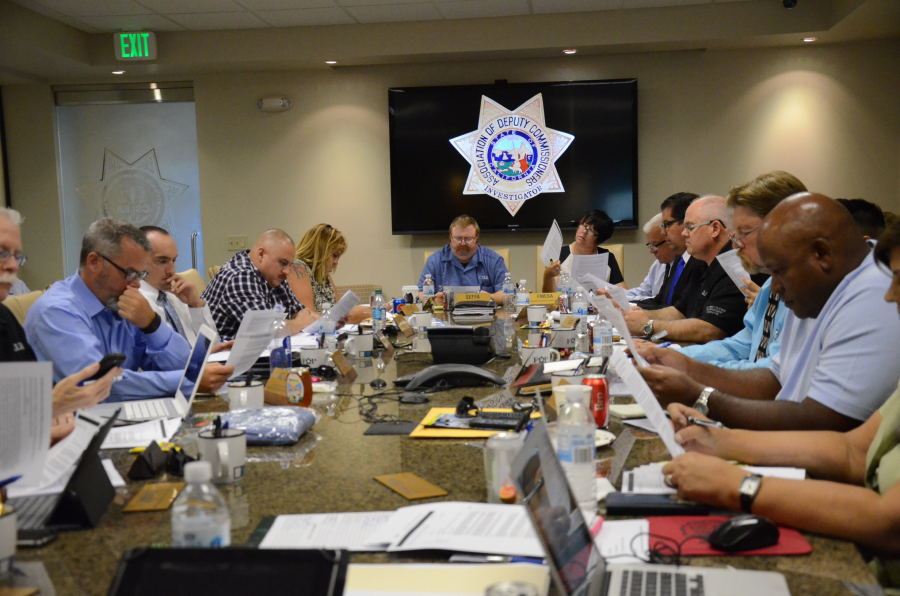 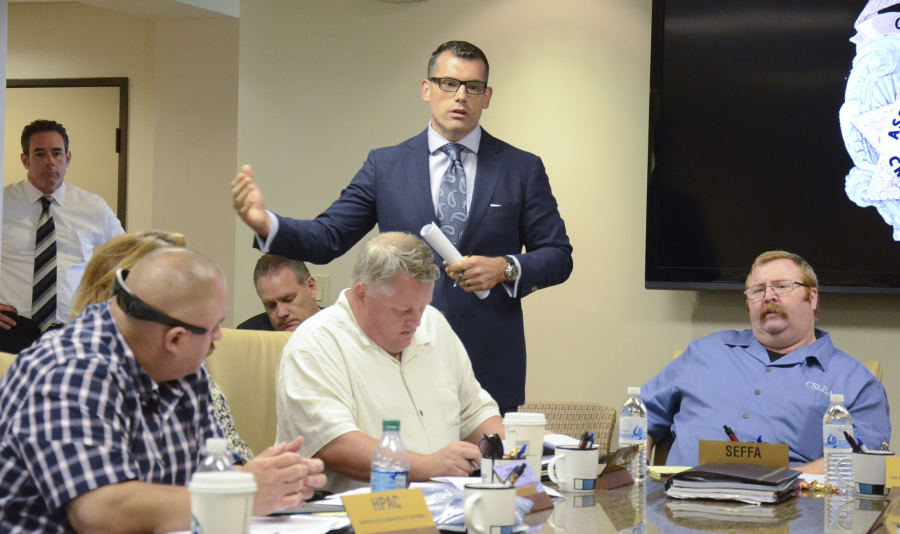 CSLEA Legislative Advocates John Latimer and Shane LaVigne of Capitol Advocacy updated CSLEA board members on the state budget and legislation  being considered by state lawmakers, including the use of body cameras.

CSLEA Political Consultant Peter Mitchell spoke to the board about  those in local and state office and stressed the importance of building and maintaining relationships with those who can assist CSLEA members with  issues concerning public safety and public pensions.

CSLEA President Alan Barcelona spoke  about his participation at California Against Slavery's 2015 Lobby Day at the capitol and Senate Bill 776 Senator Marty Block ( D-San Diego) which calls for a mandatory fine of $500-$2,000 (in addition to other penalties) for those who buy sex.

Member Services Representative Richard Carrillo reported to  board members that there have been many requests for CSLEA and affiliate presentations.  Carrillo reported,  Member Services has been busy with new employee orientations and during the weekend of June 25-27, 200 state employees represented by Business Unit 7 (BU-7) signed up for CSLEA membership.  Board members thanked Carrillo and his team for their efforts and specifically thanked newly elected Board Member Bernadette Gonzalez who has travelled the state informing BU-7 members about CSLEA's benefits and services.

Board members also received a brief update from  Resource Protection Peace Officers Association (RPPOA) President Matthew Yarbrough about outreach efforts to state park rangers, peace officer-lifeguards and Department of Fish and Wildlife wardens to educate them about the goals and  funds of the affiliate. 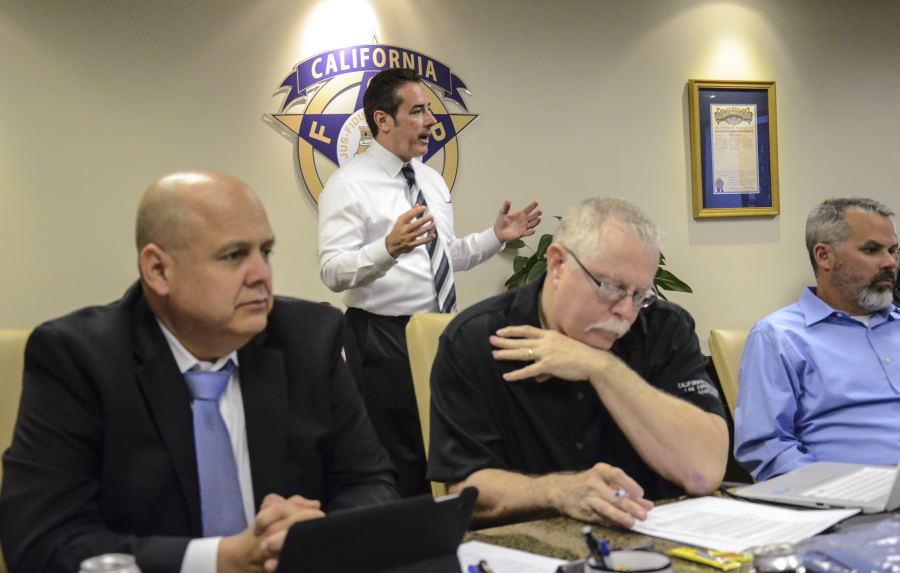 CSLEA Chief Counsel Kasey Clark outlined for the board the current legal defense fund cases  and their status, noting that CSLEA's Legal Defense Fund is one of the most financially sound plans in the state.  The board briefly discussed the message from CDFW Warden Erik Fleet to BU-7 members about the importance of CSLEA membership and a legal defense fund you can count on.

CSLEA Senior Vice President Tina Brazil updated the board on the Arcadia membership  appreciation event and the upcoming events in San Diego and Sacramento. 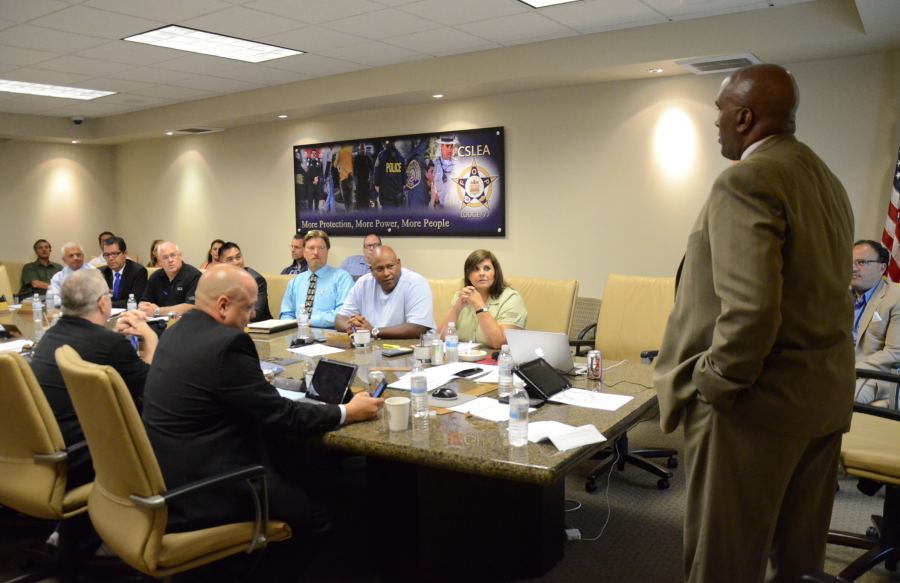 California Assemblymember Jim Cooper spoke to the board about legislation, politics, the importance of belonging to an association and encouraged board members to run for local and state office.

CSLEA Unit-A Vice President Kenny Ehrman reported to the board on his activity presenting consumer protection information at town halls hosted by legislators.

CSLEA President Alan Barcelona presented the board with an FOP Lodge #77 update.