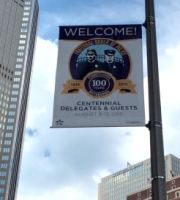 "This was a remarkable conference.  It not only gave a much needed boost to our law enforcement community nationwide, it provided our Lodge #77 directors and representatives the opportunity to get fully acquainted with the Grand Lodge FOP, its officers, and to attend very informative seminars pertinent to law enforcement jobs, the duties and responsibilities of associations, bargaining and lodge representation." CSLEA FOP Lodge #77 President Alan Barcelona

PITTSBURGH, Pennsylvania  - On August 13, 2015 the National Fraternal Order of Police (FOP) concluded its 62nd Biennial Conference in which 7,000 members from FOP lodges across the country  attended.

"This event is 100 years in the making," National FOP President Chuck Canterbury said during opening ceremonies, referring to the 100th anniversary of the Fraternal Order of Police which was started by two Pittsburg, Pennsylvania police officers in 1915.  The organization has since grown to more than 325,000 law enforcement officers.

Among the speakers was Pennsylvania Governor Tom Wolf who recognized the important role peace officers across the country play in the safety of our society.  As beneficiaries of a safe society, citizens have to recognize law enforcement officers, he told those gathered.  "You have volunteered to put your lives on the line for us," said Wolf.  "We must show our gratitude for your heroism."  He added that what law enforcement officers do, represents the highest form of citizenship.

Pittsburg Police Chief Cameron S. McLay received a standing ovation after he spoke of the "trying times for American policing,"  and stating he is confident law enforcement officers across the country are going to be worthy  of the challenges ahead.  "We are ambassadors for our profession.  Misconduct by one brings dishonor to us all."  McLay asked and answered:  Will we continue to protect communities who don't understand our motivation?  Of course we will.

Featured speaker United States Attorney General Loretta Lynch recognized the bravery of the brothers and sisters in law enforcement who attended the conference's opening ceremony. Lynch told officers that her department is committed to seeing that peace officers can perform their  jobs as effectively and safely as possible.
"For holding our safety in the palms of your hands, thank you for being the peace makers," said Lynch. 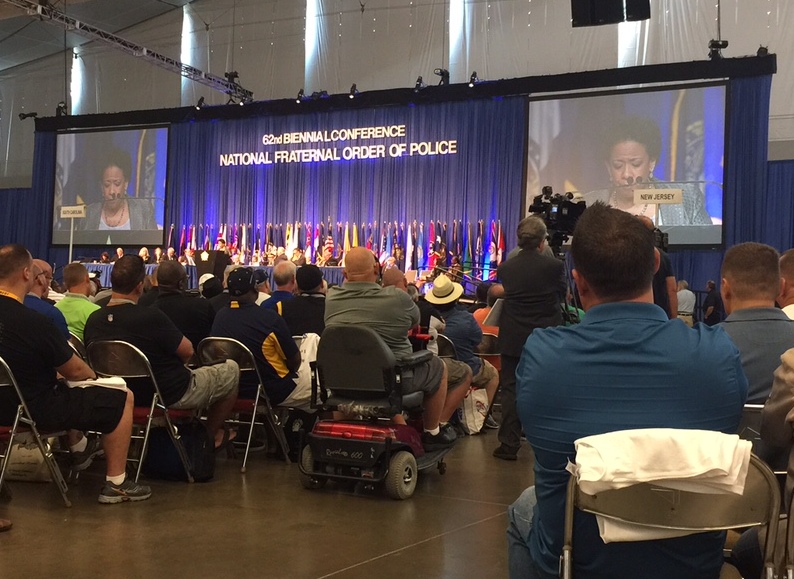 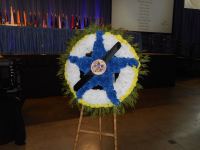 The Fraternal Order of Police then honored the memory of officers killed in the line of duty.  A wreath was placed at the front of the room along with a blue carnation for each state that has lost an officer

During the four-day conference, the Grand Lodge FOP Border Safety Committee provided an update, which included the cartel, violence by illegal felons and Kate's law, H.R. 3001.

Conference attendees also received an update from the Disaster Relief Committee regarding the assistance provided to members  who have experienced loss.  National FOP has spent $1.2 million dollars since Hurricane Katrina, helping members effected by disaster.

In addition to the updates, FOP held it's nominations for office.  Delegates voted  August 13th.  Both FOP President Chuck Canterbury and FOP Sgt. of Arms Roger Mayberry ran  unopposed for their offices.

"There was a lot of business to take care of in terms of bylaws and nominations and updates," said CSLEA President Alan Barcelona.  "Some of our Lodge 77 representatives spent afternoons in classes learning about social media, the possible consequences of using personal phones for business, human trafficking, human resources, how associations can best reach out to and represent its members, and collective bargaining.  They are bringing home with them lots of useful and up to date information." 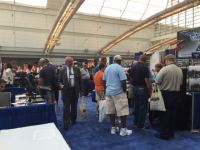 In conjunction with the conference there was an expo in which vendors of insurance companies, universities, health related items, law enforcement equipment, apparel and awards presented their products.

FOP was recognized at the National League Baseball game between the Pittsburgh Pirates and Los Angeles Dodgers at PNC Park, receiving an overwhelming applause from those in attendance.

On the eve of the conference's conclusion, the Fraternal Order of Police held a centennial celebration including dinner and a fireworks display that lit up all of Pittsburgh. 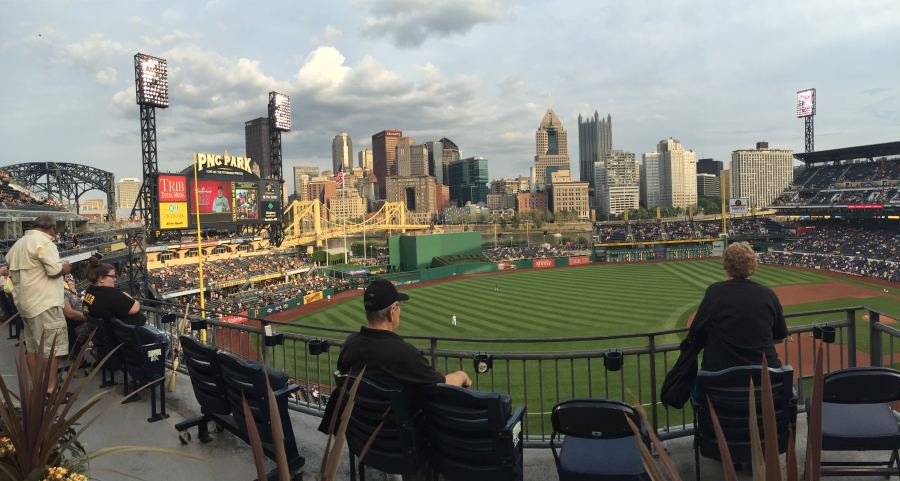 On the eve of the conference's conclusion, the Fraternal Order of Police held a centennial celebration including dinner and a fireworks display that lit up all of Pittsburgh. 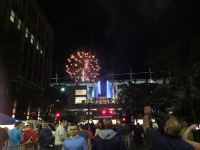 "This is a first class organization that works at every level to improve the working conditions of America's peace officers," said Barcelona.  "Establishing CSLEA FOP Lodge 77 and becoming a part of this impressive Order can only mean positive things for our members."

Among those who attended  the conference from CSLEA FOP Lodge 77 were:

"In addition to thanking all those who were involved in the enormous effort of putting together this very successful conference in which representatives from  more than 2,000 lodges attended, I also want to acknowledge and thank the Pittsburgh police officers who stood watch over the conference and patrolled the grounds of the conference center.  This was a huge task given the very small group of protestors and the possibility of targeted  attacks on 7,000 law enforcement personnel all gathered at one venue.  Our deepest appreciation." 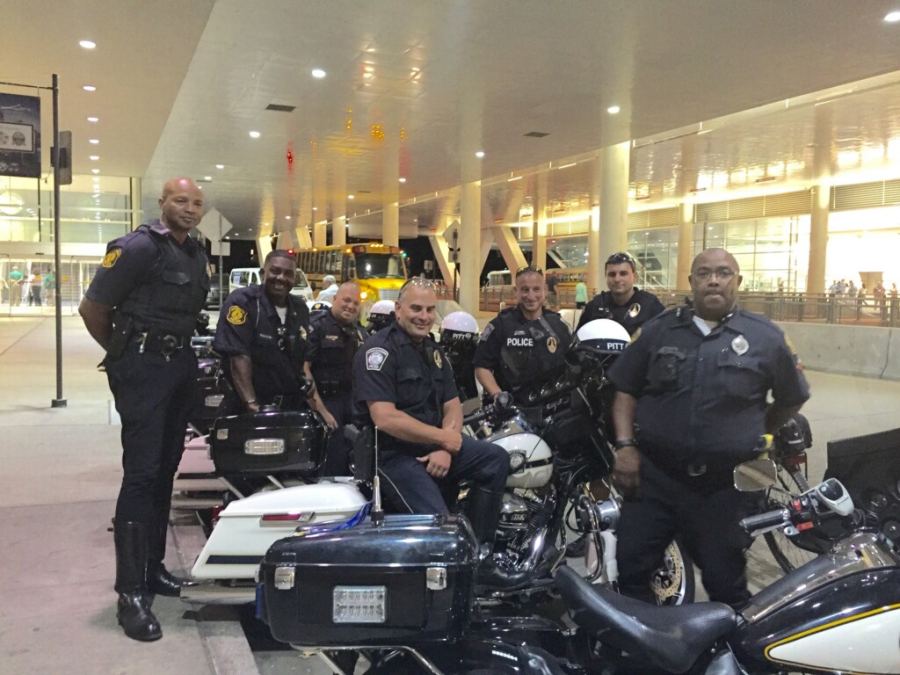 Congratulations FOP on 100 years and counting!