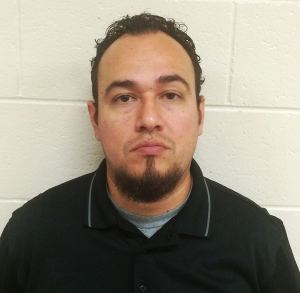 LOS ANGELES - On December 1, 2015, California Department of Insurance (CDI) detectives arrested Andres Hernandez, 36, of Lakewood, on two counts of auto insurance fraud. Hernandez allegedly totaled his BMW while racing and then lied  to his insurer about where the collision occurred when filing his claim.

Hernandez's personal auto policy did not provide coverage for racing and because he  allegedly falsified  the location of the crash, Hernandez's insurance company paid him $64,860 for the claim.

Hernandez told his insurer that he crashed his 2015 BMW M3 on Angeles Crest Highway, but CDI detectives discovered the crash actually occurred at a racing event at the Auto Club Speedway in Fontana.

Hernandez reportedly wrecked his vehicle while trying to get the best lap time.   He spun out and hit the raceway wall.

"Many people make the mistake of thinking insurance fraud is a victimless white collar crime," said Insurance Commissioner Dave Jones. "The fact is all Californians pay the price for insurance fraud through higher premiums when insurers pass their losses on to policyholders."

"California's Department of Insurance has topnotch detectives who work to uncover fraudulent claims and those who file them," said California Statewide Law Enforcement Association (CSLEA) President Alan Barcelona.  "Trying to recover the cost of a brand new car when in fact it wasn't insured for the way in which it was driven, is an insult to all of us who pay already-high premiums.  At some point, these people committing insurance fraud are going to catch on that CDI detectives find these cases, investigate them, and see them through prosecution and sentencing."