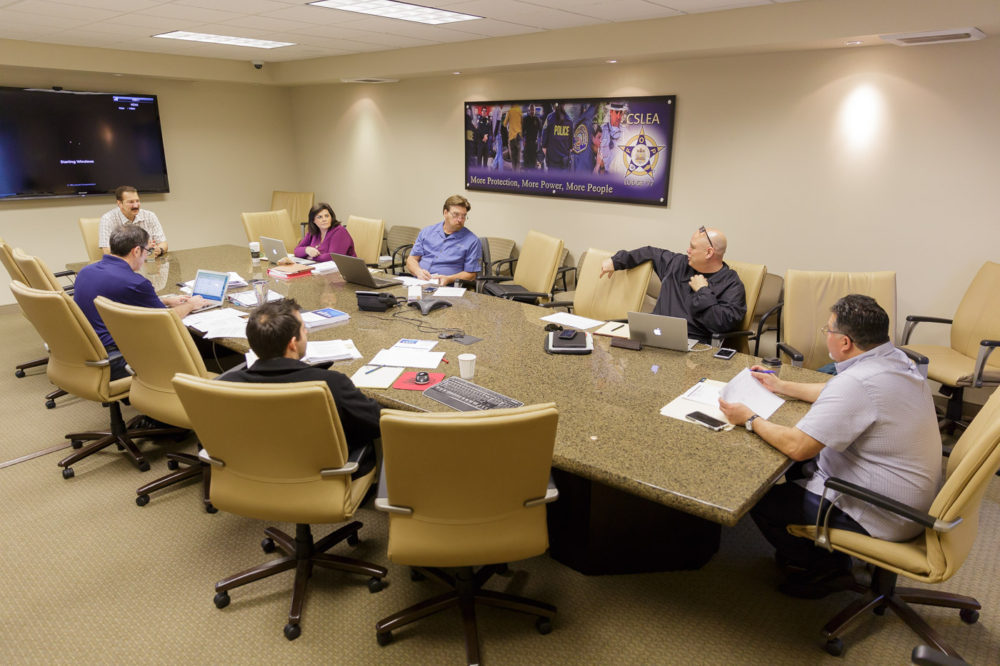 At the outset of the meeting Barcelona emphasized the importance of bringing as many viable proposals to the bargaining table as possible, despite the likelihood of whether they would be acted on by the State. "It is important that our members' proposals are heard so that there is an appreciation of the current environment in which they are working" said Barcelona.

After vetting dozens of proposals, the team reviewed each of the existing contract sections to identify areas in need of change. The team will again be meeting next month for further preparation with formal bargaining to commence in March. Despite the strong improvement in the State's finances, which is in marked contrast to the last rounds of bargaining, CSLEA anticipates success at the table will not come easy. The Administration has made clear that any new contract must include the sharing of costs for pre-funding retiree health care.

"Our members have endured furloughs, PLP's and sharing in the cost of their pensions and have continued to carry out their important functions in a professional manner. Now they are being asked to help pay for retiree health care. All CSLEA asks is for the administration to treat our people with the respect they deserve and provide compensation which will allow them to catch up with the cost of living. They and their families deserve a fair compensation package" said Barcelona.