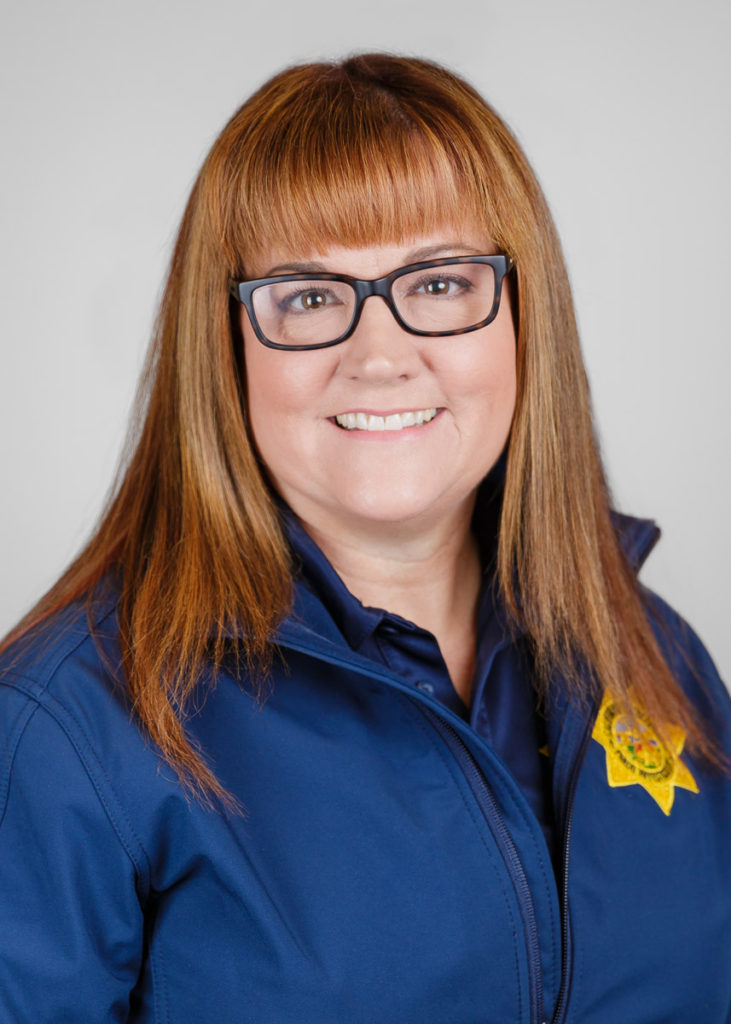 As a Lead Investigator with the California Horse Racing Board, Carol Nolan works days, nights, holidays and weekends combating crime in and around horse racing tracks in Northern California.  From the welfare of the animals to the safety of those who attend the race tracks, Nolan  investigates crimes that involve weapons, drugs and organized crime.

“We deal with a migrant population, that is groups of people who travel with these million dollar horses and we need to be sure everyone, and every horse is safe and secure while they are at the tracks,” said Nolan.

Investigator Nolan graduated from California State University, Sacramento (CSUS) in 1990 with B.A. in Criminal Justice.  She began her service with the State of California that same year when she was hired as an Office Assistant with the Employment Development Department’s  Business Services Division.

In 1991,  she  promoted to Special Investigator working criminal and administrative investigations with the Federal Office of the Inspector General.   She then transferred to California Alcoholic Beverage Control (ABC) in 1994 as a Senior Special Investigator, working “undercover” criminal and administrative investigations.   For 10 years, beginning in 1999,  Nolan was  assigned to the ABC training unit teaching the Department’s “Responsible Beverage Service Program- LEAD” to ABC licensees.  In 2009, Nolan became  the  Lead Investigator with the California  Horse Racing Board  (CHRB).

“I come from a family of civil servants and both my parents were job stewards,” said Nolan.  “Being active in CSLEA and CAFI allows me to go to management, talk about issues and solve them instead of filing grievances.”