CSLEA and ACE Meet With Conservationists As Contract Negotiations Near 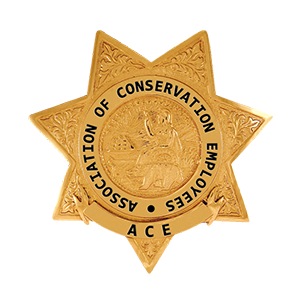 "As part of the CSLEA Negotiations Team and as Unit-C and senior vice president, it was important to me to personally meet with our conservationists, discuss the negotiations process and learn of items and issues they would like the state to address in bargaining," said Brazil.  "What a positive group of ACE/CSLEA members, they had lots of ideas, and I look forward to assisting them."

“I’ve been working with Conservationists I and II’s for over 10 years," said Perez.  "They are a fantastic group of employees who are dedicated to the state of California and their corpsmembers. I’m also happy to meet with them and help them navigate the myriad of issues they face.”

The meeting began with a moment of silence for their colleague, Conservationist Mitch Cox, 55,  who passed away at his home in Hollister on January 24, 2016 of a heart attack.  The group also signed a card for a fellow conservationist who was injured in a fatal accident in Fresno in which three CCC members lost their lives. 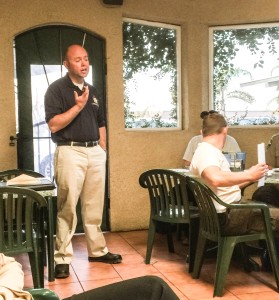 "This was a great meeting in which I obtained a lot of feedback, " said Griffith.  "My thanks to Andrea and Tina for joining me and providing valuable information to our members.  I plan on following up with some of the issues discussed and look forward to working for our members."

Conservationists who wish to proposed items for bargaining can do so by completing this form and submitting to CSLEA by February 28, 2016.  Due to the nature of negotiations and bargaining, specific details about proposals are not posted online. 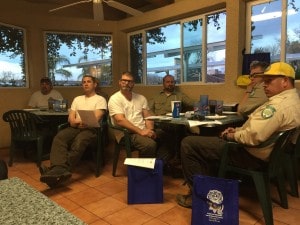