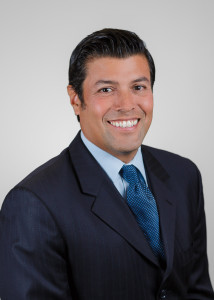 CSLEA Supervising Legal Counsel David De La Riva is a graduate of Whittier College School of Law and San Diego State University. After graduating from law school he gained valuable experience in negotiations and enforcement of collective bargaining agreements working for the American Federation of Television and Radio Artists (AFTRA) from 1997 through 1999 and the Screen Actors Guild (SAG) from 2001 through 2002. In 2002 Mr. De La Riva was employed with the Orange County Law Firm of Hughes & Sullivan where he specialized in Family Law. Since joining CSLEA in 2005, Mr. De La Riva has had a number of successes: In 2008, he initiated an overtime/back pay grievance on behalf of numerous Department of Developmental Services Peace Officers which resulted in a settlement of over $500,000; in 2009, an out-of-class grievance resulted in a $20,000 settlement for five Department of Mental Health Hospital Police Officers; also in 2009 he secured the reinstatement of four members who were previously terminated from their positions. As part of his role as Supervising Legal Counsel, Mr. De LA Riva has the responsibility of overseeing the day-to-day operations of the CSLEA Satellite Office in Southern California.