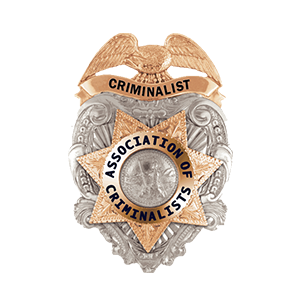 "There was a time when rape suspects would go unidentified for years at a time, if they were identified at all," said California Statewide Law Enforcement Association (CSLEA) President Alan Barcelona.  "Thanks to technology, scientific advances and the exceptional work by Department of Justice criminalists, this suspect was identified and arrested in less than three months.  That might help  to provide some form of relief to the victim, and takes a suspected rapist off the streets."

Hernandez-Chavez is accused of raping an employee at a massage parlor in Old Town Goleta on November 17, 2015.  A female masseuse reported that she  was giving a male patron a massage when he demanded she provide sexual services.  When the victim refused, the suspect overpowered her and forcibly raped her.  The suspect fled the scene before law enforcement arrived.  A sexual assault exam was conducted and the assault kit along with evidence collected at the scene was sent to the Department of Justice Crime Lab for processing.   Once the evidence was processed and DNA collected, the DNA information was entered into the Combined DNA Index System (CODIS).   The criminal justice DNA database system contains DNA profiles contributed by federal, state and local agencies.

On February 9, 2016 the Sheriff’s Office was notified by the DOJ Crime Lab that there was a positive match in CODIS from the evidence collected. Hernandez-Chavez was identified as the suspect.  In addition to the positive DNA match, Hernandez-Chavez also matched the physical description the victim provided the day of the assault.

Sheriff’s detectives obtained an arrest warrant  and  took Hernandez-Chavez into custody without incident at a Santa Barbara residence that is in close proximity to an elementary school.  He was booked at the Santa Barbara County Jail on rape charges and  is being held on $100,000 bail.

"This case is a great example of how crimes can be solved by DNA evidence," according to the Santa Barbara County Sheriff's Office press release.  "The Sheriff’s Office works closely with the Department of Justice Crime Lab and that partnership allows us to bring significant cases like this to a conclusion."

“The work done by the criminalists at the Santa Barbara lab in helping to identify the suspect in this case is an outstanding example of what forensic science does for the people of California," said Association of Criminalists-DOJ President John Miller.  "It’s an excellent laboratory, filled with highly qualified and dedicated criminalists with one goal: protect the safety of the public by doing the highest quality forensic work possible.”