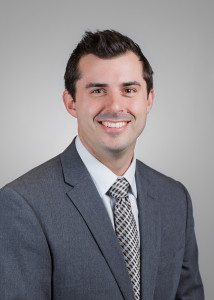 CSLEA Senior Legal Counsel Ryan Navarre graduated from the University of California in San Diego with degrees in Psychology and Economics. During his undergraduate studies, he gained valuable experience working in the legal division of a bio-technology corporation. Mr. Navarre attended Loyola Law School where he earned his juris doctorate in May 2006. While attending law school, he worked at a full-service sports agency, where he assisted agents in the many facets of professional athlete representation, including salary negotiation and arbitration. Since joining the CSLEA Legal Division in November 2006, Mr. Navarre has represented members in numerous internal affairs interviews and Skelly hearings related to alleged misconduct. Mr. Navarre has successfully represented members in the disciplinary appeals process before the State Personnel Board, and has achieved positive results; including suspension reductions and reinstatements from dismissal. Mr. Navarre has also successfully defended members who have had their peace officer rights and constitutional due process rights violated. Mr. Navarre has negotiated numerous settlement agreements which have resulted in penalty reductions. Many of the settlements have reinstated members to their original job classification after they were previously terminated, demoted, or rejected during their probation period.