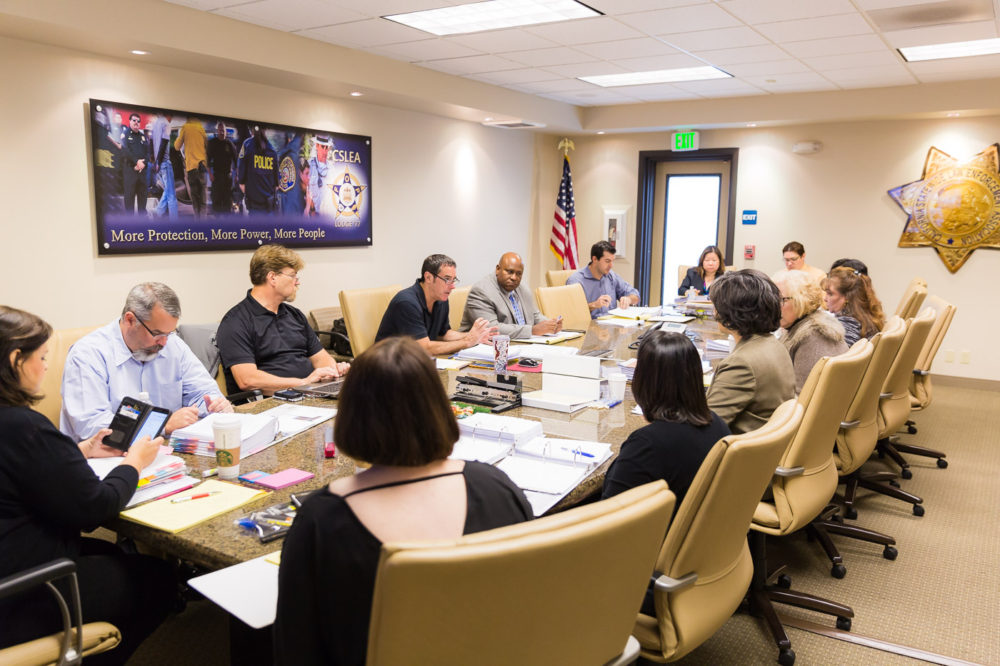 SACRAMENTO - On April 4, 8 and 11, 2016, the California Statewide Law Enforcement Association (CSLEA) and State negotiations team participated in three more bargaining sessions as CSLEA continued to pass proposals from its affiliates.

On April 4th, Department of Fish and Wildlife Oil Spill Prevention Specialists Mark McCaleb and Michael Coyne from the California Association of Regulatory Investigators and Inspectors (CARII) presented a number of proposals concerning their unique classification. CARII President Tom Ineichin rounded out the proposals from his affiliate. 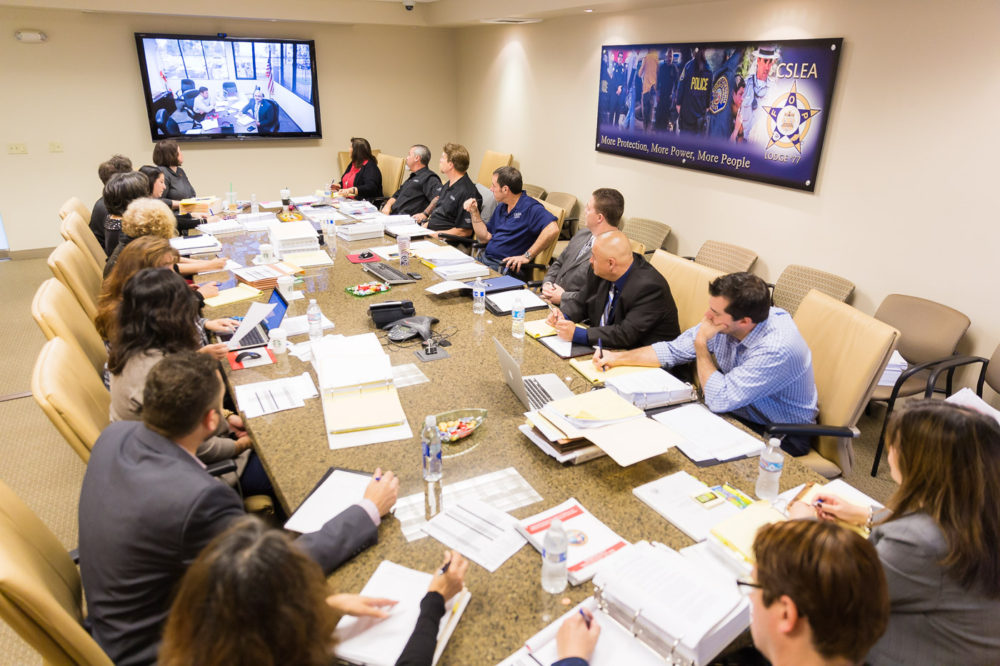 Steve Bradley, president of State Employed Firefighters Association (SEFFA) began the SEFFA presentation but will return on April 18 to submit the remainder of proposals.

On April 11th , Al Cardwood, president of the Association of Special Agents - Department of Justice (ASA-DOJ), presented on behalf of agents within his affiliate. 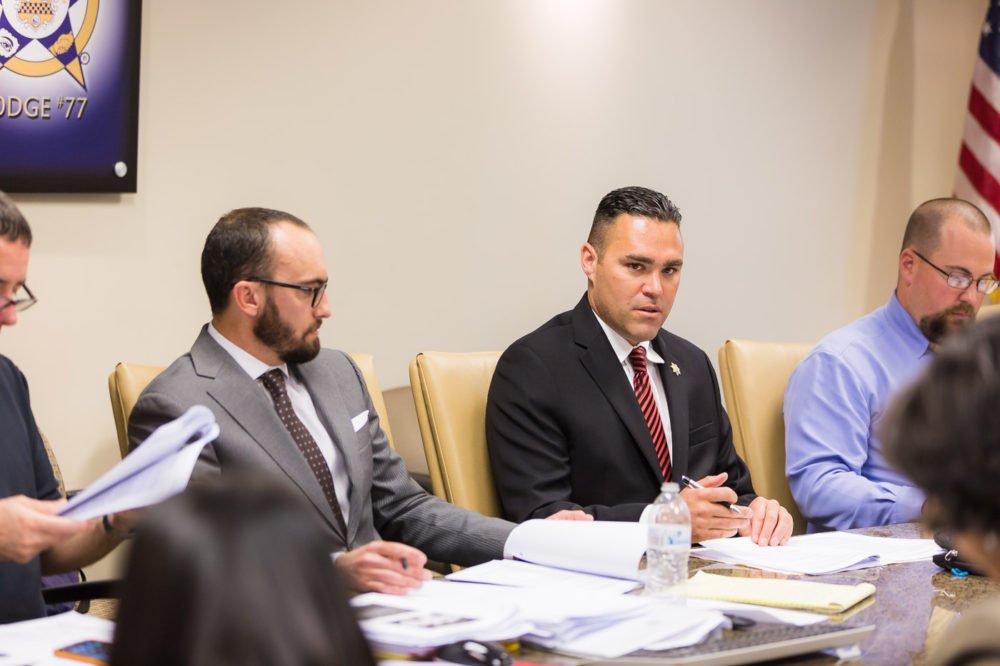 Pam Manwiller, Cal HR Deputy Director, again complimented those presenting on the preparation and quality of their presentations. The next session is scheduled for April 18, when SEFFA will complete the submission of its proposals. The affiliate presentations will conclude with representatives from the California Association of Law Enforcement Employees (CALEE).

Additional sessions are tentatively scheduled for May 2, 19-20.