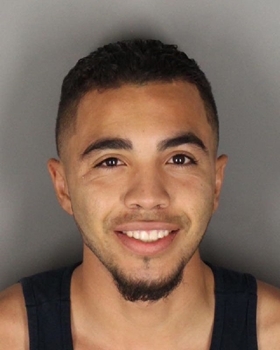 SACRAMENTO -  On June 11, 2016, Rocklin police announced that DNA evidence processed by California Department of Justice criminalists led to the arrest of a man suspected of robbing a restaurant and forcing employees into a refrigerator while he made his escape.

Juan Miguel Martinez, 22, of Roseville was booked into the Placer County Jail on June 10, 2016 after his name matched a DNA profile created from items he allegedly discarded as he fled the crime scene.

"Processing evidence, creating a DNA profile and finding a match in the database doesn't happen overnight, but it DOES happen," said California Statewide Law Enforcement Association (CSLEA) President Alan Barcelona.  "I marvel at the work our DOJ criminalists do and the sheer number of cases they work and help to solve."

The robbery occurred in October 2015 at Don Quixote’s Mexican Grill.  The armed suspect  locked the employees in the restaurant’s walk-in refrigerator,  stole money and fled the scene on foot. The items he discarded while fleeing  were collected by Rocklin Police detectives and sent to a California DOJ crime lab. A hit was made in the national DNA database and the Kansas Bureau of Investigation verified a match. The suspect was identified.

The Rocklin Police Department obtained an arrest warrant, and with the assistance of the Sacramento Sheriff’s Department, Juan Miguel Martinez was arrested and booked into the Placer County Jail.

"Our police officers and detectives worked hard on this case to identify and bring this dangerous criminal to justice, just as we do on all criminal acts in Rocklin," said Rocklin Police Chief Ron Lawrence.   "Our message to criminals is this: if you come to Rocklin to commit crime, we will do everything in our power to properly identify suspects, arrest perpetrators, and bring criminals to stand trial for their actions - regardless of how long it may take. Rocklin is a special place, and we aim to keep it that way."