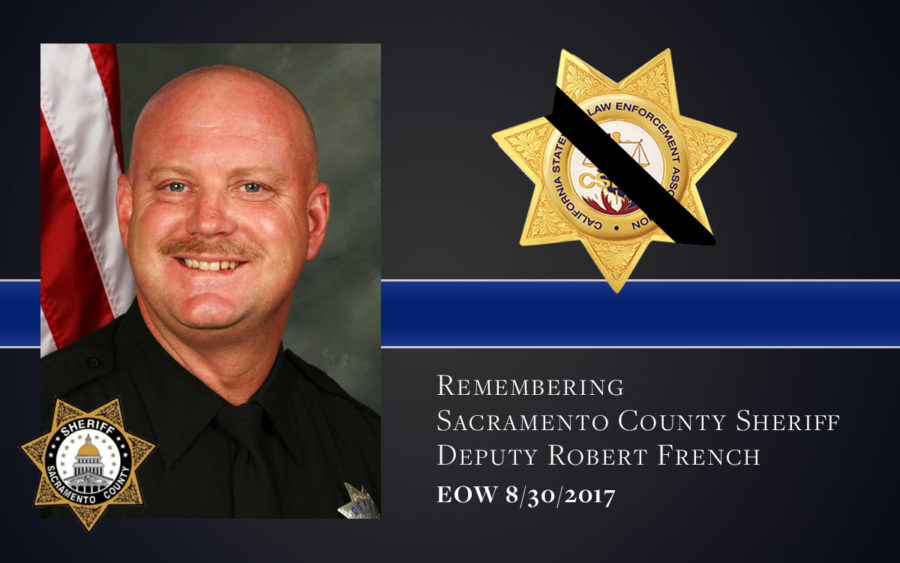 This morning the sun rose just as it did yesterday.   But today law enforcement officers with the Sacramento County Sheriff’s Department and the California Highway Patrol, viewed it differently…serenely, sadly, and with deep sympathy.

Yesterday their brother, Sacramento County Sheriff’s Deputy Robert French, did just as they did this morning.   He put on his uniform, his badge and his duty belt and he braved the day to serve his community.  During the course of his day, a killer with a long rifle snuffed out Deputy French’s life, in a fraction of a second.  That quickly, an honest soul who stood for good and fought evil, was taken from us.   Two California Highway Patrol officers were also shot, and we give great thanks that they will recover.

The California Statewide Law Enforcement Association (CSLEA), and its Board of Directors, stands with the Sacramento County Sheriff’s Department and the Sacramento County Deputy Sheriff’s Association as they mourn the loss of their brother.  We ask that you keep them in your thoughts, as well as Deputy French’s family and friends.  We ask that you keep the injured CHP officers in your thoughts, as well.

Law enforcement officers put their lives on the line every single day.  They have earned our respect and are deserving of our support.   Rest in peace Deputy French, your brethren will continue to do as you did, to serve and protect!