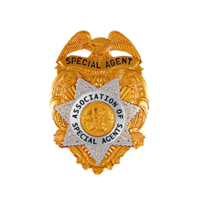 SANTA ANA –  On September 18, 2017, a federal jury convicted a physician assistant who worked at a Fountain Valley medical clinic for writing prescriptions for dangerous and addictive narcotics without a medical purpose.

“This case is the result of an investigation by the Drug Enforcement Administration, the Fountain Valley Police Department and the California Department of Justice,” said California Statewide Law Enforcement Association (CSLEA) President Alan Barcelona.  “It is going to take this type of teamwork among the local, state and federal investigative agencies to get combat this troublesome trend of unscrupulous medical professionals contributing to the prescription drug addiction problem that our country is seeing.”

Kaitlyn Phuong Nguyen, 32, of San Jose, was found guilty of 10 counts related to the illegal distribution of oxycodone, methadone and alprazolam. The jury heard evidence that four “patients” died of drug overdoses after obtaining prescriptions from Nguyen.

According to court documents and evidence presented during Nguyen’s trial, Nguyen issued prescriptions without a medical purpose in exchange for cash and insurance payments. “Many of the patients…had ‘red flags’ in their patient files, indicating that they were abusing their pain medication and should not have been given prescriptions,” according to a brief filed in relation to Nguyen’s trial.

Nguyen, who worked at the clinic in 2012, performed only cursory examinations on most “patients” prior to prescribing them narcotics.  According to a trial brief, despite having a license to write prescriptions herself, Nguyen usually used a prescription pad pre-signed by Dr. Victor Boon Huat Siew, the doctor who oversaw the clinic, to prescribe addictive substances such as oxycodone, methadone and alprazolam.”

On the eve of Nguyen’s trial, Siew, 66, was sentenced to 70 months in prison after pleading guilty to two counts of illegal distribution of a controlled substance by a practitioner.  When he pleaded guilty earlier this year, Siew admitted to illegally prescribing oxycodone, methadone and alprazolam from his clinic from the beginning of 2009 through early 2015.

Nguyen will face a statutory maximum penalty of 140 years in federal prison when she is sentenced on January 22, 2018.

A third defendant in the case – physician assistant Thanh Nha T. Pham, 31, of Fountain Valley, pleaded guilty to conspiracy to distribute controlled substances and is scheduled to be sentenced on January 29, 2018.