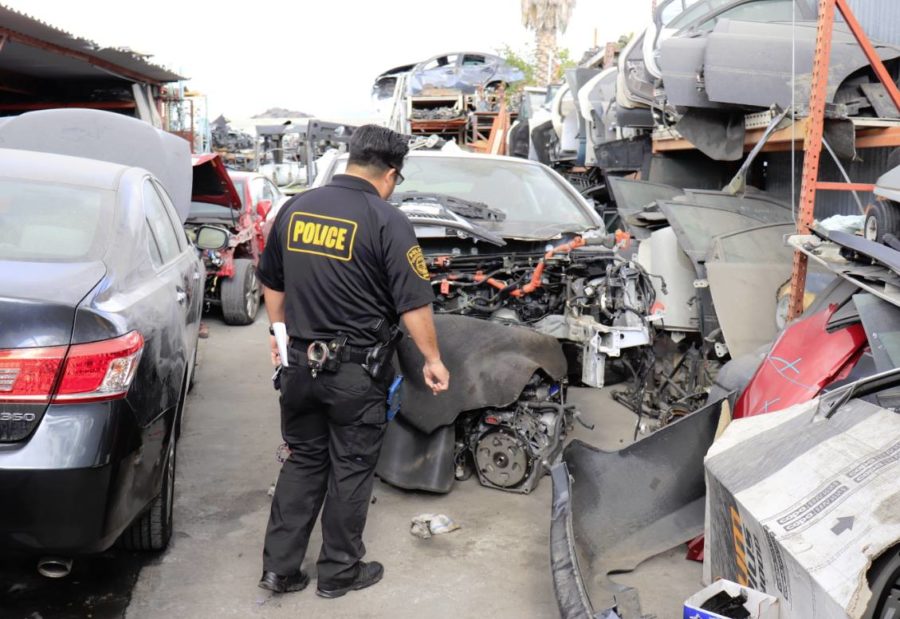 Los Angeles – Investigators with the California Department of Motor Vehicles (DMV) conducted an enforcement operation in Los Angeles County on February 22, 2018, aimed at combating unlicensed vehicle dismantlers. DMV investigators targeted 40 locations in Sun Valley and Pacoima and issued 29 misdemeanor citations for offenses such as operating as an unlicensed dismantler or auto repair facility, or selling a vehicle not registered to a seller.

“This is just one of the many investigations and operations that DMV investigators conduct to protect consumers and contribute to public safety,” said California Statewide Law Enforcement Association (CSLEA) Alan Barcelona.  “These sworn peace officers work throughout the state to protect individuals, our communities and our state.”

“It is against the law for anyone to act as a vehicle dismantler without having an established place of business, meeting specific requirements, and having a current valid license or temporary permit issued by the Department of Motor Vehicles,” DMV Chief of Investigations Frank Alvarez said. “The sole mission of our Vehicle Dismantler Industry Strike Team is to identify and shut down unlicensed vehicle dismantlers.”

During the operation in Sun Valley and Pacoima, the strike team focused on verifying that businesses are complying with state laws and environmental guidelines. In addition, investigators inspected Vehicle Identification Numbers, engines and license plates to recover stolen vehicles, components and parts.