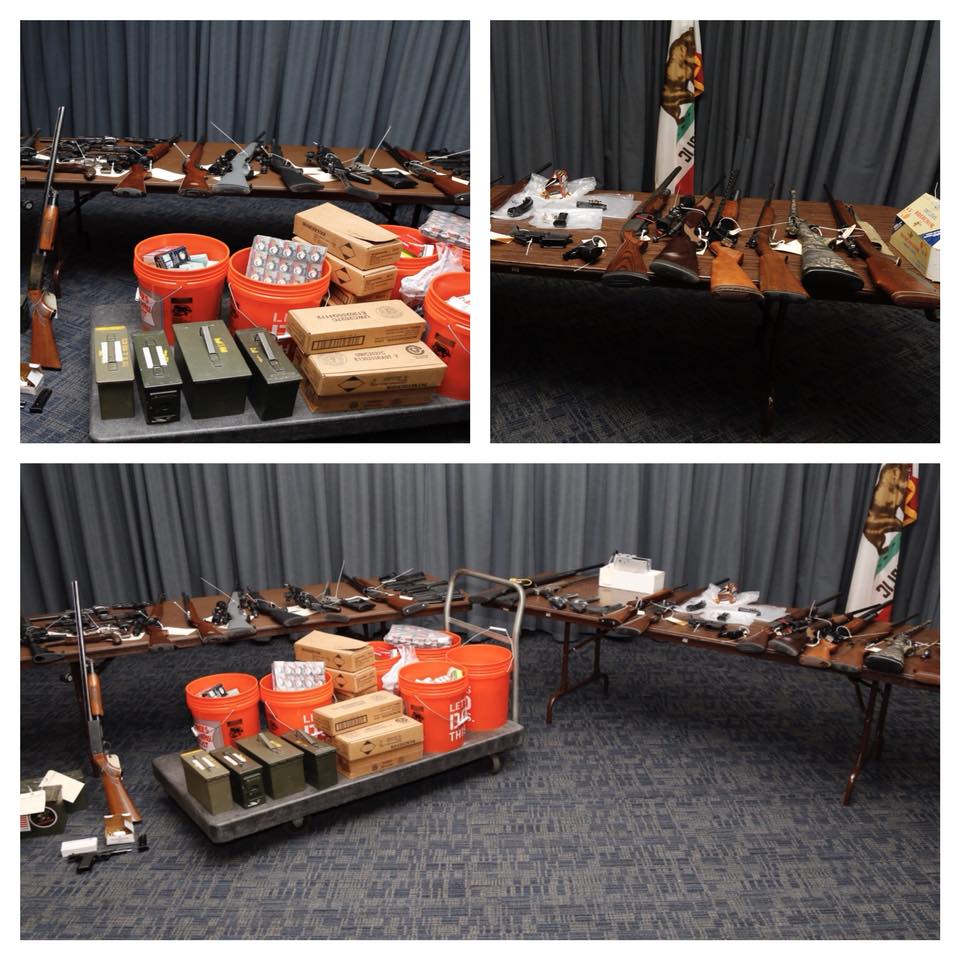 VENTURA – In an effort to remove firearms from the possession of those who are prohibited by law from having them, California Department of Justice (DOJ) special agents from Fresno to San Diego, conducted a two-day operation in Ventura County April 23-24, 2018.

With the assistance of local law enforcement officers, special agents with DOJ’s Bureau of Firearms contacted 140 individuals listed on the Armed Prohibited Persons System (APPS).  Those contacts led to the seizure of:

“Contacting people suspected of having firearms when the law says they can’t is a dangerous job for any law enforcement officer,” said California Statewide Law Enforcement Association (CSLEA) President Alan Barcelona.  “Special agents with DOJ’s Bureau of Firearms are in harm’s way with each knock and or approach to a violator’s front door.  I’m thankful that each of the special agents, officers and deputies working this two-day operation are safe and returned home to their families.”

APPS is a law enforcement database maintained and run by the California Department of Justice that tracks individuals who are prohibited from possessing firearms due to certain criminal convictions (all felonies and certain disqualifying misdemeanors), domestic violence restraining orders (DVROs), and mental health commitments.

Criminal intelligence specialists (CIS) with DOJ research each person in APPS for their prohibition. This process involves checking the criminal history, mental health history, DVRO, TRO and Legal Alien Status of the suspected prohibited person. The investigation also involves contacting courts, police agencies, and firearm dealers to confirm whether firearms have been transferred out of a prohibited person’s name.

“DOJ criminal intelligence specialists don’t often get the recognition they deserve for their role in keeping Californian’s safe,” said Barcelona. “They work daily to investigate potential suspects and provide special agents with important information that leads to the arrests of individuals committing crimes.”

The State of California is the first and only state in the nation to have established an automated system for identifying firearm owners who are no longer allowed to possess guns.  In the last five years, Cal DOJ has removed over 18,000 firearms from persons prohibited under California law from possessing them.

“On a daily basis, the California Department of Justice works to combat crime and safeguard our families by removing illegal guns from our neighborhoods,” said Attorney General Xavier Becerra. “This two-day operation illustrates how California is leading the nation in combating gun violence. We will continue to partner with local law enforcement agencies to remove weapons from individuals who shouldn’t have them in order to keep our communities safe.”