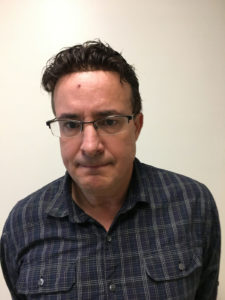 Malatesta was arrested by California Department of Insurance investigators on March 12, 2018.

At the time of the crime, Malatesta was a licensed insurance agent with Heritage Financial Insurance Services and was appointed by EquiTrust Life Insurance Company to sell their products. Between 2014 and 2016, Malatesta exploited at least six elderly consumers by falsifying their age on annuity applications and obtaining more than $135,000 in illegal commissions.

The victims were over 75 years old which is the maximum age for these annuities, and Malatesta modified their date of birth so they would appear young enough to quality.

Malatesta is convinced his senior victims to terminate a total of $1.6 million in existing investments, causing them to lose a total of $45,000 in surrender penalties before the funds matured. Malatesta falsely promised the victims large bonuses to offset their losses. Malatesta sold the victims new annuities for which they did not qualify due to their advanced age.

The court offer included 10 years in state prison (suspended), five years of formal probation, full restitution in the amount of $282,000 and banned from working in the insurance or finance industry.