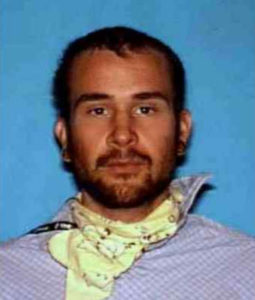 UKIAH- After a 10-day trial, on June 29, 2018 a Mendocino County Superior Court jury reached a guilty verdict against Joshua Richard Ruoff, 32, formerly of New Hampshire.  Ruoff was found guilty of the premeditated, first degree murder of Timothy Sweeting on May 18, 2016 at a Covelo marijuana operation. The jury also found that Ruoff used a baseball bat in the commission of the murder.

“This is a case in which California Department of Justice criminalists assisted in gathering and evaluating evidence,” said California Statewide Law Enforcement Association (CSLEA) President Alan Barcelona. “This is an important role that criminalists have in our public safety and justice system.  They assist law enforcement and prosecutors and, if the evidence indicates, they also exonerate individuals who are wrongly accused.   Science speaks volumes as do our criminalists working in labs throughout California.”

Ruoff is scheduled to be sentenced on July 20th and faces 26 years to life in state prison.