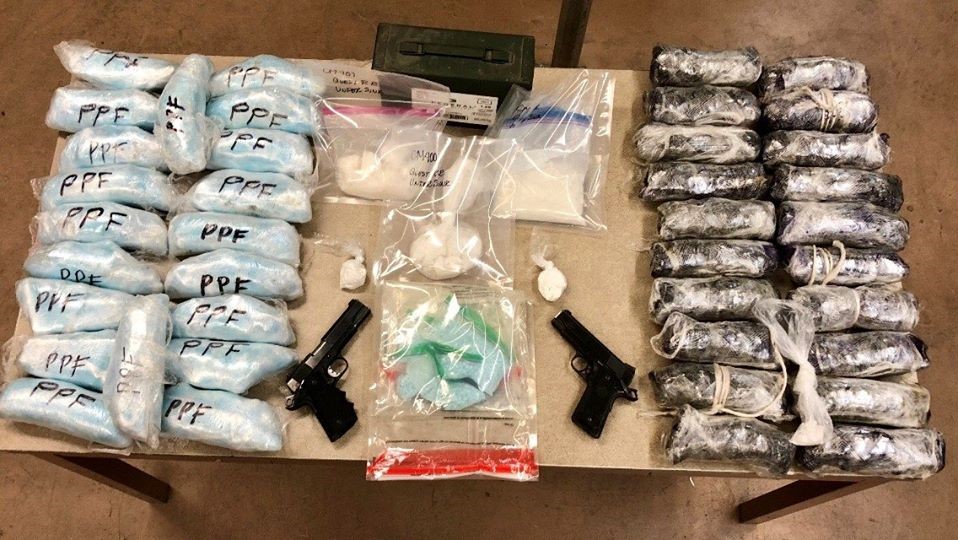 Luis Antonio Barreto (23) was arrested for:

The estimated street value of the narcotics seized is valued at $377,200.

“This is an example of the work that can be done when agencies combine their expertise,” said California Statewide Law Enforcement Association (CSLEA) President Alan Barcelona.  “You look at the photo and feel relieved that these drugs, weapons and ammunition have been seized and are no longer in the community.”