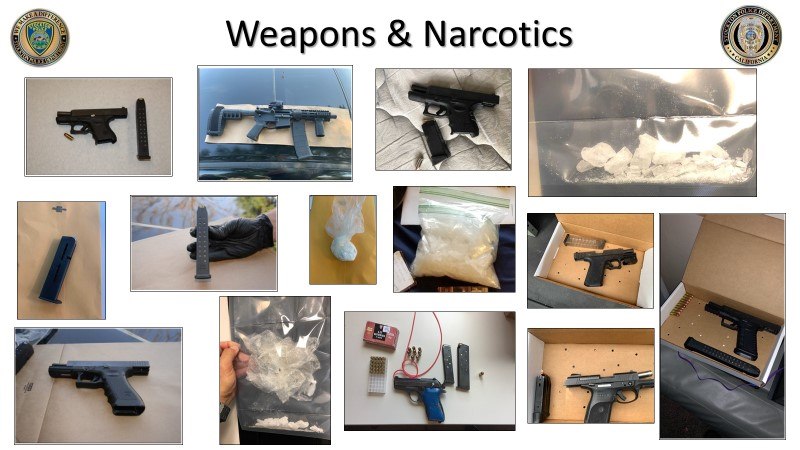 STOCKTON – On May 23, 2019, the Stockton Police Department and the California Department of Justice with assistance from the San Joaquin County District Attorney’s Office - Bureau of Investigation wrapped up a months-long investigation into the East Side Crips gang suspected of committing violent crimes in and around Stockton.  The investigation resulted in 13 arrests and the seizure of seven handguns, one rifle, ammunition, and drugs including marijuana, meth and cocaine.

“Any time you can focus on a particular criminal element and remove the players from neighborhoods you are working to protect the public and improve the quality of life,” said California Statewide Law Enforcement Association (CSLEA) President Alan Barcelona.  “It is hoped that these arrests put a dent in the violent crime, and drug and human trafficking that, Stockton and the surrounding area has been experiencing.

Adrian Tyson, 42, for weapons, accessory after the fact, and gang charges

The following individuals were arrested prior to May 23rd as part of the investigation:

The following assisting agencies participated during this investigation: