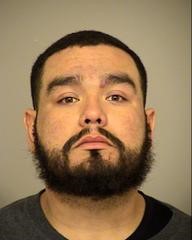 MALIBU – On June 22, 2019, California State Parks rangers responded, along  with the Ventura County Sheriff’s Office, to reports of a stabbing at a restaurant on Pacific Coast Highway which had closed for the night. The restaurant is located west of Leo Carrillo State Park.

According to the Ventura County Sheriff’s Office, around 11:00 p.m. a group of car enthusiasts met in the restaurant parking lot where Daniel Maldonado, 30, of Ontario became involved in a dispute with a 23-year-old La Puente man over a previously unresolved issue.  The incident escalated into a physical fight.  Maldonado allegedly used a knife to stab the 23-year-old several times.

When witnesses called 911, emergency crews responded. Lifesaving efforts were attempted but the victim succumbed to his injuries at the scene.

Maldonado was located at the scene and arrested for one felony count of murder.

“State parks peace officer rangers, along with Ventura County sheriff’s deputies responded to the call for help.  Heading toward danger to possibly save a life and apprehend the alleged attacker,” said California Statewide Law Enforcement Associaion (CSLEA) President Alan Barcelona.   “I’m grateful for their law enforcement response and the fact that none of them was hurt.”