SACRAMENTO – The California Statewide Law Enforcement Association (CSLEA) Board of Directors met at CSLEA headquarters in Sacramento on July 18, 2019 to review the tentative agreement that the CSLEA negotiations team reached with state negotiators.

“Our negotiators spent hours presenting the tentative agreement to our directors, filled them in on the hurdles we encountered, and why they felt they successfully negotiated the best deal that the Newsom administration was willing to agree to,” said CSLEA President Alan Barcelona.  “The team spent months and months researching, studying, writing proposals and counter proposals, drafting language, negotiating at and away from the bargaining table.  It was a tremendous amount effort and I sincerely thank each of them for their work.” 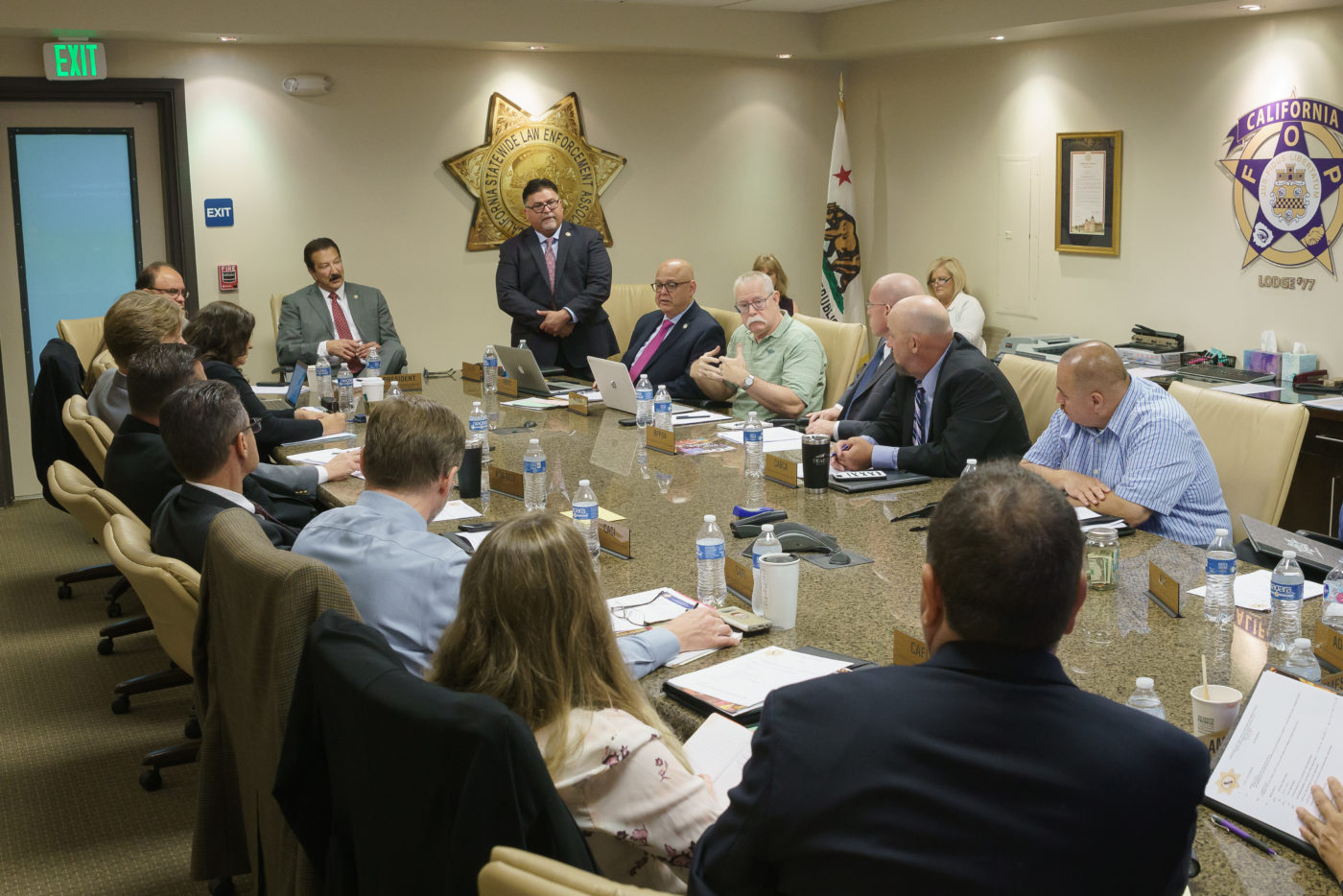 “Our team negotiated Special Salary Adjustments for about 84% of our membership and worked very hard to secure a positive contract for all of our members,” said Barcelona.  “Ultimately the administration would not budge on the general salary increases which many refer to as the cost of living increase, because the Special Salary Adjustments are so high, however we are disappointed that we were not successful in convincing the administration to agree on higher General Salary Increases.”

“What I want our members to know is that CSLEA never stops fighting to improve the salaries of our members.  If you look at Cal HR’s website, you will see our history of mid-contract side letters with Cal HR that have increased salaries mid-contract.  With a four-year agreement, vacancy rates will change, and we are and will be on top of that,” said Barcelona. 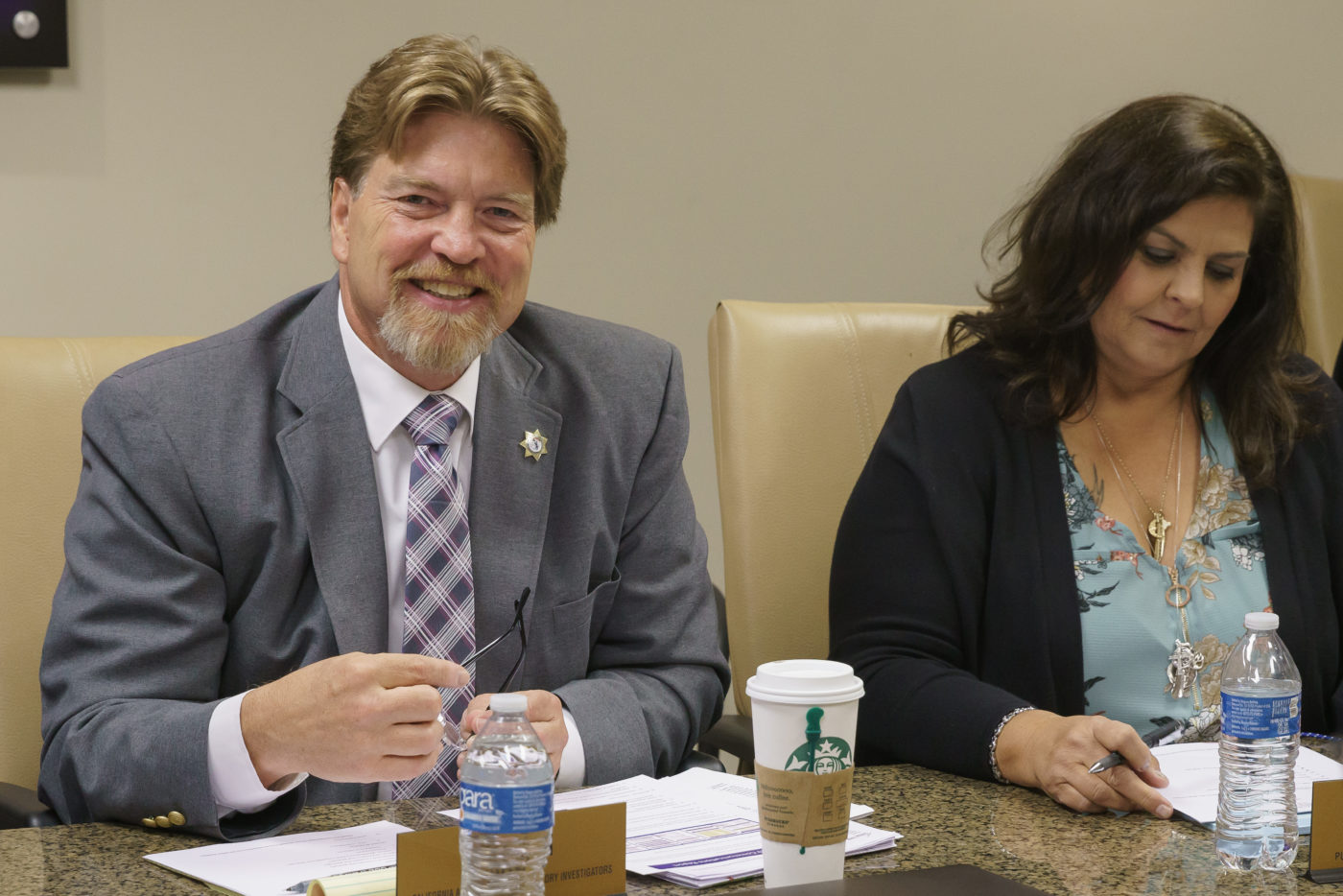 “As part of the bargaining team, we worked hard to get the best contract we could for all our members.  My CHP public safety dispatchers and operators have done well in this contact.  Even though our GSI is not as much as we aggressively bargained for, our SSA keeps us equitable.  We have gotten seven more communication centers R&R to help them get and keep competent dispatchers and operators.  I am asking for each of you to vote yes on this contract.  It is important to continue to move forward.”

“Although this is a great contract for many, most of CSLEA, the General Salary Increases are not what I fought for.  It is all the state was willing to authorize based on the Special Salary Increases in the unit.  I will not stop working to get CARII members a better deal and will work to fix the inequities among my members.  Dealing with classification issues and fixing other working condition items is my commitment.” 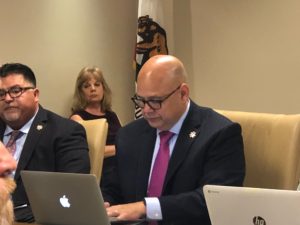 “It is a tremendous honor for me to represent the members of AMVIC within the contract negotiations.  I believe the gains we will realize as a result of our MOU will provide a well-deserved increase in pay as well as assist with alleviating our recruitment and retention problems.” 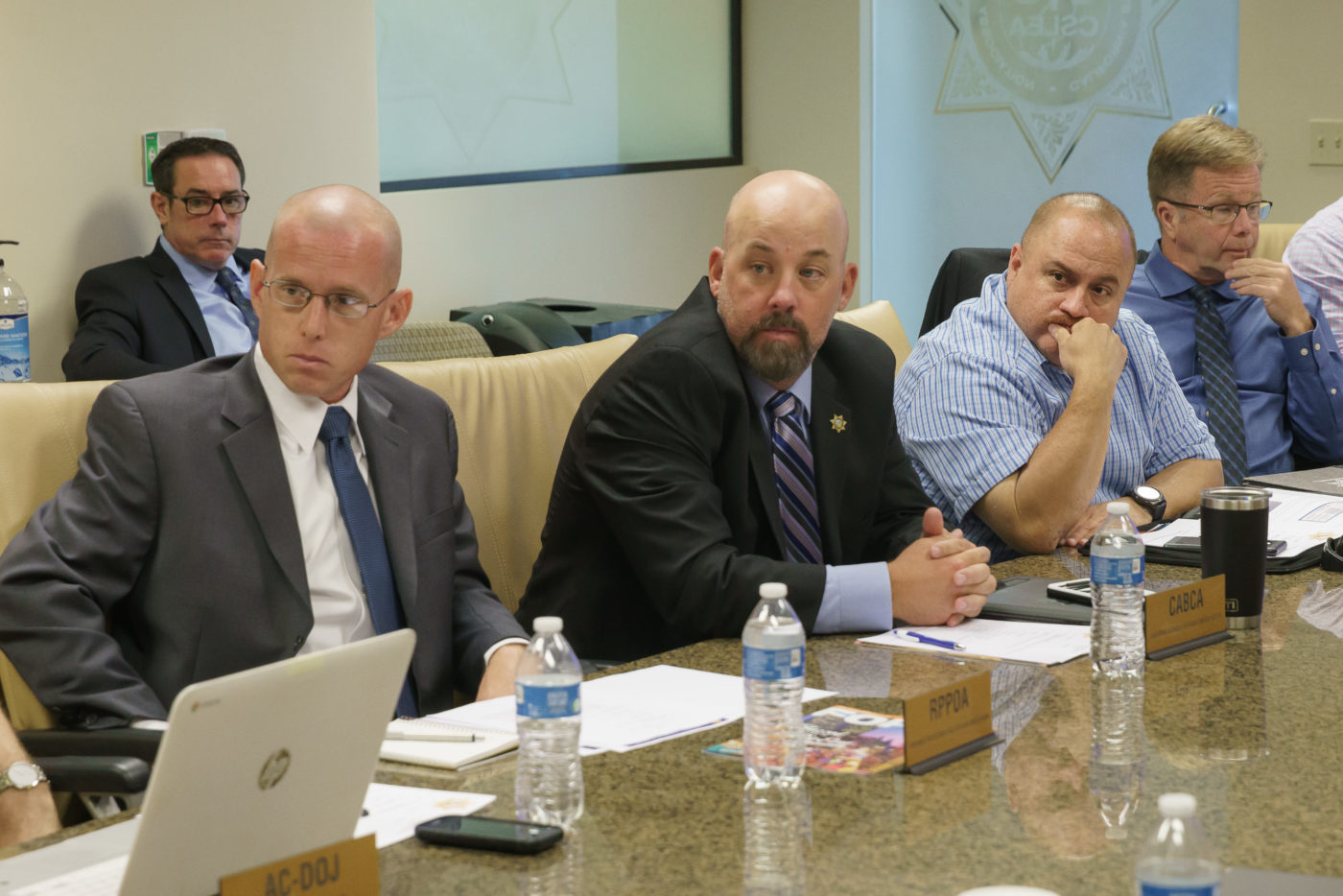 “First off, I want to thank the CSLEA Negotiations Team and the RPPOA board members who invested copious amounts of their time and effort into bringing this contract to the table where it was ultimately approved by the CSLEA Board of Directors. We saw varied pay increases for all levels of ‘Rank and File’ wardens and rangers which is ultimately a positive. Please watch for a more detailed email regarding a breakdown of all the contract changes for wardens and rangers. I wish you all the best and please don't hesitate to contact any of the RPPOA board members if you have any questions, comments, concerns, etc.” 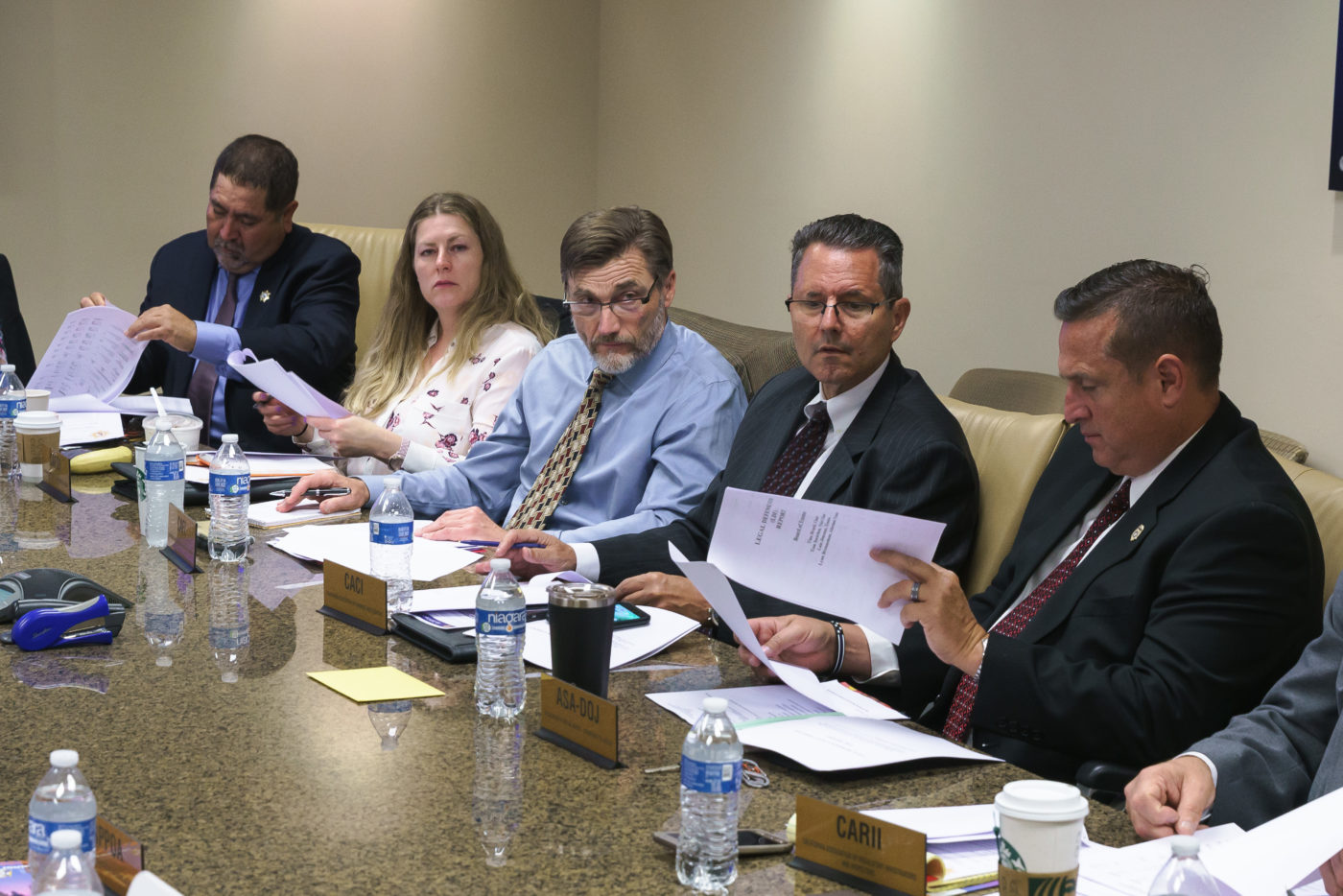 “Negotiating with the state in the world’s fifth largest economy takes a tremendous amount of teamwork.  A very special thanks to our negotiations team.”

“Thank you to the CSLEA Bargaining team for all their hard work negotiating this contract. While the Motor Carrier Specialist I’s and School Pupil Transportation Safety Coordinators did not receive a Special Salary Adjustment on this contract, we did receive an increase in training pay, securement of our health benefits and retirement, and a General Salary Increase each year of the contract. That’s nothing to be disappointed about!!”

“I have the utmost admiration for the tireless efforts and dedication of the CSLEA negotiations team. They selflessly took time away from their families and other commitments, working long hours in order to review numerous member proposals and be present for every step of the bargaining process. I am truly grateful for their hard work and perseverance to provide the best possible contract for all Unit 7 members.”

"I would like to thank CSLEA and the negotiations team for all their hard work on this contract." 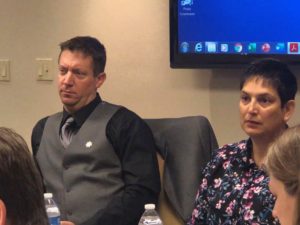 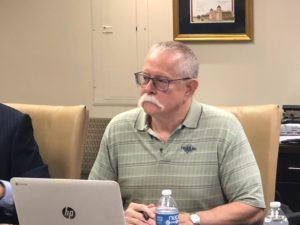 “This is a good contract which includes Special Salary Adjustments for all AC-DOJ members.  These are on top of the regular General Salary Increases that all Unit 7 members will receive.  I want to thank the negotiations team and CSLEA President Alan Barcelona, Chief Counsel  Kasey Clark and Senior Counsel Ryan Navarre for their hard work on this contract. What a great job they did! Gracias!”

“After a detailed presentation by the CSLEA Negotiations Team, and a spirited conversation of the terms of the Tentative Agreement (TA), I, along with my fellow CSLEA Board members voted to send this very strong 4-year contract to the members for their consideration.  Your union fought hard for all its members, as documented by the fact that about 84% of the members received Special Salary Adjustments.  These were on top of the General Salary Increases approved for all members.  I hope that you will reach out to your co-workers who are not members and encourage them to join so they may vote on this impressive TA.  We are stronger together.”

"It is time to vote to ratify our Tentative Agreement with the State.  I support and voted to move the agreement forward.  You can go to the CSLEA website to view the contract summary and must place your vote electronically between Monday July 22 to Friday July 26.  I strongly advise you to vote yes.  The contract is for four years, we will receive a 10% raise over the length of the contract.  We also gained payed time to update our licensing requirements.  We did not receive every item we proposed, but this is a good contract for Unit 7 and is the best contract we are going to get.  I and our CSLEA representatives will continue to work in good faith on current issues and other issues as they arise.  If you have any questions or concerns please reach out to an ACE Representative."

CSLEA membership will vote on the TA next week.   If ratified, the MOU must pass through the legislature and be signed by the governor.  If that happens,  GSAs and GSIs will be retroactive to July 1, 2019.