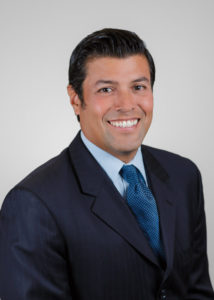 “CSLEA went to court in support of its Investigator-member because POBR clearly states that the Investigator should be able to see the adverse comments made against him and respond,” said CSLEA Supervising Counsel David De La Riva.  “DSH disagreed but ultimately has been ordered by the court to comply.  I represented our member throughout his department’s investigation, pursued the revocation of a ‘Letter of Instruction’ and sought access to ‘adverse comments’ made against him.”

BACKGROUND:  In mid-2018, the DSH Investigator was served with a Letter of Instruction after he was the subject of an investigation. Upon the issuance of the Letter, CSLEA Counsel De La Riva pursued the revocation of the Letter as well as access to the “adverse comments” made against the Investigator upon which the entire investigation was based. Approximately one month later, DSH revoked the Letter however it insisted that the Investigator was not entitled to access the adverse comments made against him.

In December 2018, CSLEA filed a Petition for Writ of Mandate in Los Angeles County Superior Court to compel DSH to comply with POBR.  POBR is represented in Government Code sections 3300, et. seq. and provides certain safeguards for peace officers including the right to review and respond to adverse comments made against them which are entered into their personnel files which is specifically allowed under Gov. Code sections 3305 and 3306.

PRECEDENT-SETTING CASE: This issue was originally litigated by CSLEA Chief Counsel Kasey Clark in 2002, in the case of Sacramento Police Officers Assn. v. Venegas. In that case, a complaint was lodged against a peace officer. Although no disciplinary action was taken against the officer, his department continued to maintain an index card attached to an internal affairs file which referenced the subject matter of the investigation. The officer claimed he had a right to review the card and rebut the comments. The Court of Appeal agreed and granted the officer the opportunity to review and respond to any adverse comments maintained in an internal affairs file or other personnel file.

CURRENT CASE: In the current case, DSH insisted that investigations that do not lead to adverse actions do not affect DSH’s personnel decisions and that the comments are maintained in confidential files. Therefore, it would not allow the Investigator the requested access.

The Court verified that that comments which are maintained by the department have the potential to create an adverse impression on future personnel decisions. Further, because the contents of personnel files may be disclosed under certain circumstances (i.e., Pitchess Motion), it is important to allow the officer to provide his/her rebuttal to be attached to the comments, regardless of the outcome of the investigation.

“Being able to review and respond to adverse comments in a file that pertains to your employment is extremely important,” said De La Riva.  “Your future employment and career path could depend upon it.”

This is another reminder of the importance of CSLEA membership as a non-member would not be eligible for representation in an administrative investigation or civil suit.