SACRAMENTO – On January 13, 2020, California Statewide Law Enforcement Association (CSLEA) Directors travelled to the State Capitol for a scheduled meeting with Governor Gavin Newsom.   The meeting with the Governor followed the CSLEA Board’s first directors’ meeting in 2020. 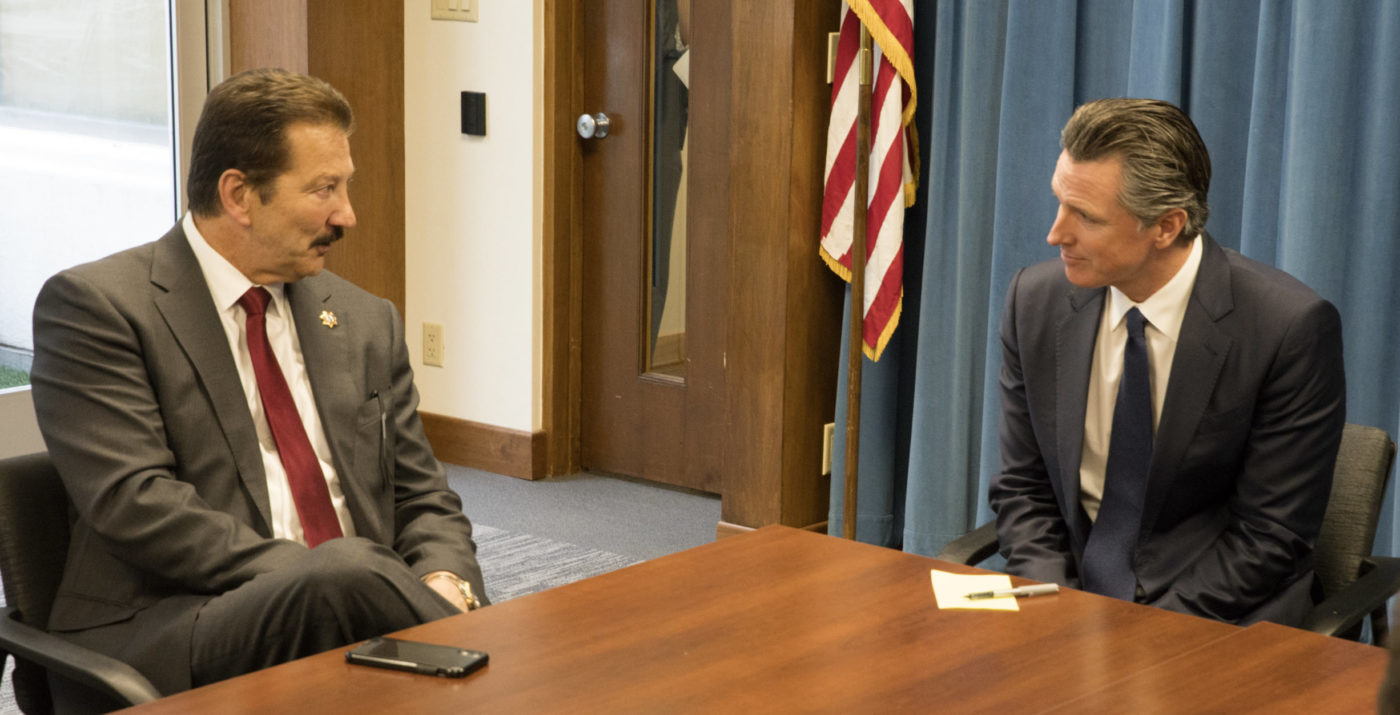 “The governor is always very gracious in setting aside time for our directors, who bring to the table with them, the issues facing 7,000 people in Bargaining Unit 7 and their families,” said CSLEA President Alan Barcelona.  “The governor knows what we are grateful for and areas in which we still seek improvement.  He is honest and open with us.”

The governor spoke of things Californians should be proud of including the state’s job growth.  “We are outperforming other states,” said Governor Newsom.   He also shined a spotlight on California’s record surplus, speaking of four rainy day accounts that California can draw upon during tough economic times.

Areas where the governor points that work needs to and is being done include the homeless and housing situation, retaining teachers, and law enforcement appreciation.  “I have a deep respect for law enforcement, always have, always will,” said the governor.

The governor acknowledged his critics but stressed the positives of California including an increased minimum wage, more engineers and scientists than other states, and higher test scores among students.

“There is no greater state, don’t give up on this state, I recognize there is a lot of work to be done,” said Newsom.

At the request of CSLEA directors, the governor spoke about his ideas about the future of the California Conservation Corps, calling the CCC a point of pride and the desire to elevate the Corps status.  “I’m a huge supporter and fan.”  He also replied to comments about DMV’s current and future improvements.  The governor stated that in November of last year, people without an appointment waited 133 minutes to be seen and that time is now down to 30 minutes.  He acknowledged that the DMV is the retail face of government and makes an immediate and direct impact on how people feel about government.

The governor updated directors on the economic forecast which indicates an approaching recession.  He said it is hard to predict or project a recession, but economists are seeing a slowing down.  The state is preparing for a recession that may be deeper than 2001 but less than the Great Recession of 2008.  California has $21 billion in reserves, “We’d like to get to 30 which could hold us.  It’s all about avoiding what you went through during the Arnold years,” said Newsom.

In conclusion, CSLEA President Barcelona thanked the governor for his time and complimented him on his presentations at the Governor’s Medal of Valor Ceremony.   “You made these heroes feel like heroes and you took the time to include their families who sacrifice and worry so much,” said Barcelona.  “You even opened your door to spouses and kids and gave them a tour of your office.  That goes a long way.”

The governor thanked CSLEA directors for visiting with him and President Barcelona for leading by example, “Alan, you’re making a difference,” the governor said in closing. 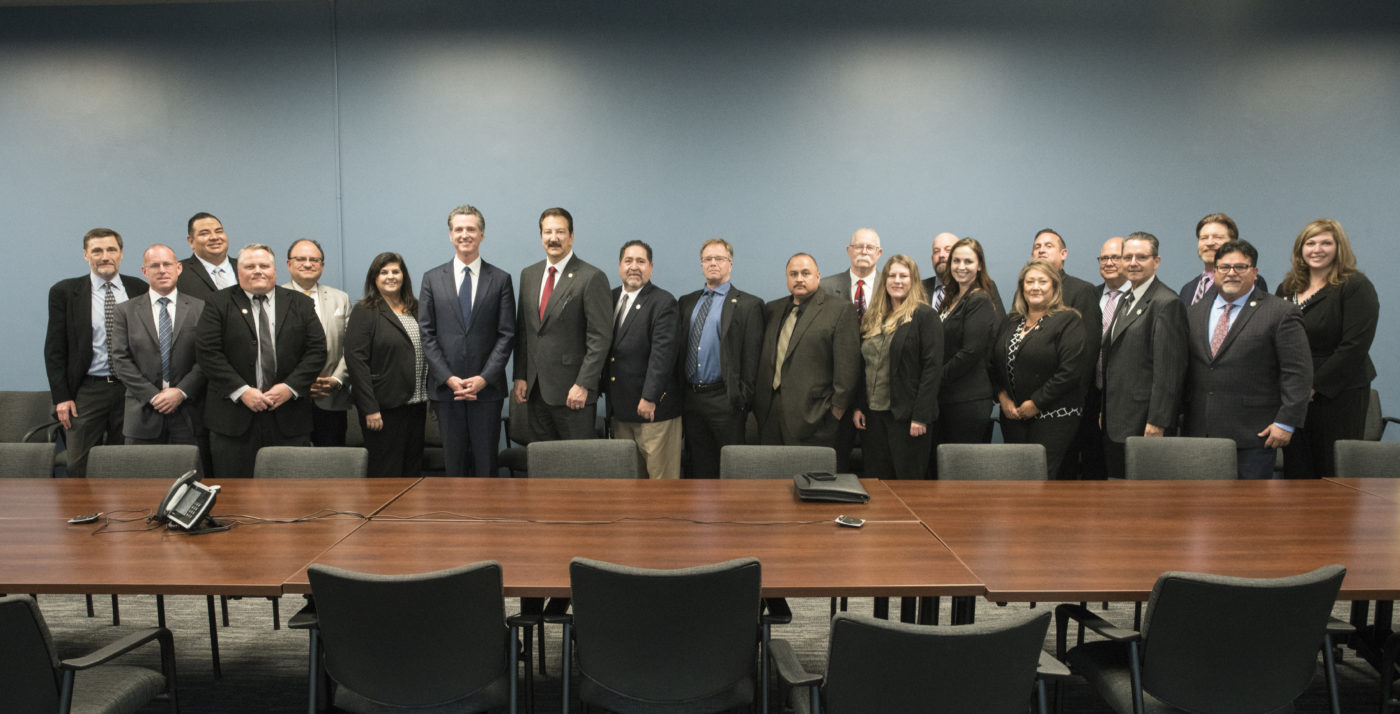