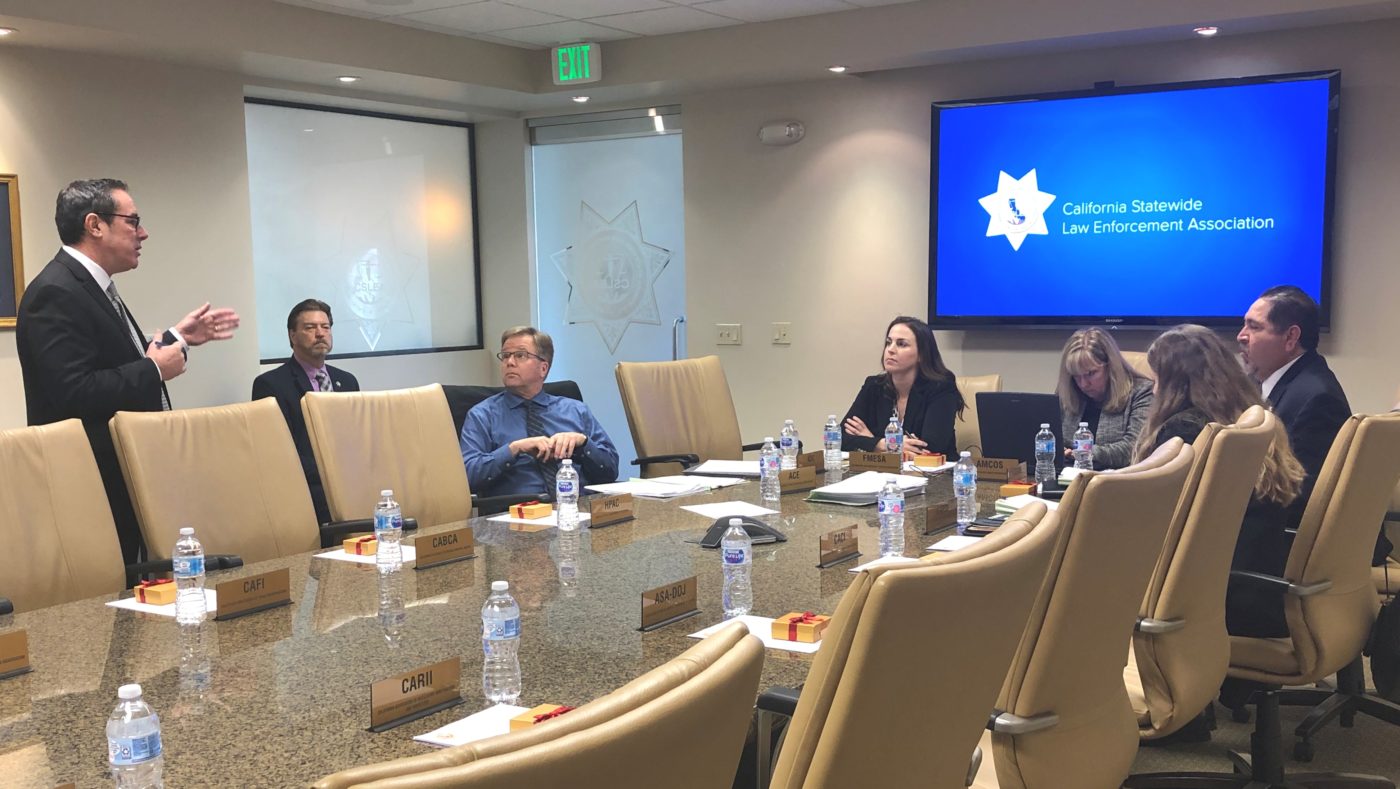 SACRAMENTO – The California Statewide Law Enforcement Association (CSLEA) Legal Representation Committee (LRC) met at CSLEA headquarters in Sacramento on January 13, 2020.  The LRC consists of four CSLEA directors and Chief Legal Counsel Kasey Clark who serves as an advisor to the committee.  The role of the committee is to evaluate grievances brought forth by members and CSLEA attorneys to determine whether to authorize the costs of arbitration.

During the LRC meeting, committee members reviewed four grievances, authorizing one for arbitration.

The factors considered by the LRC in determining whether to authorize arbitration are the following:

Pursuant to the Dills Act and the case law interpreting the Act, the LRC is obligated to evaluate each case consistent with its duty of fair representation. The LRC cannot arbitrarily and capriciously refuse to authorize arbitration which means there must exist some rational basis for refusal, i.e. limited likelihood of success does not justify the costs of arbitration.

The LRC also hears appeals from members who have been denied legal representation by the staff of CSLEA Legal. Pursuant to the CSLEA Standing Rules, adverse decisions of the LRC are subject to discretionary review by the CSLEA Executive Committee.