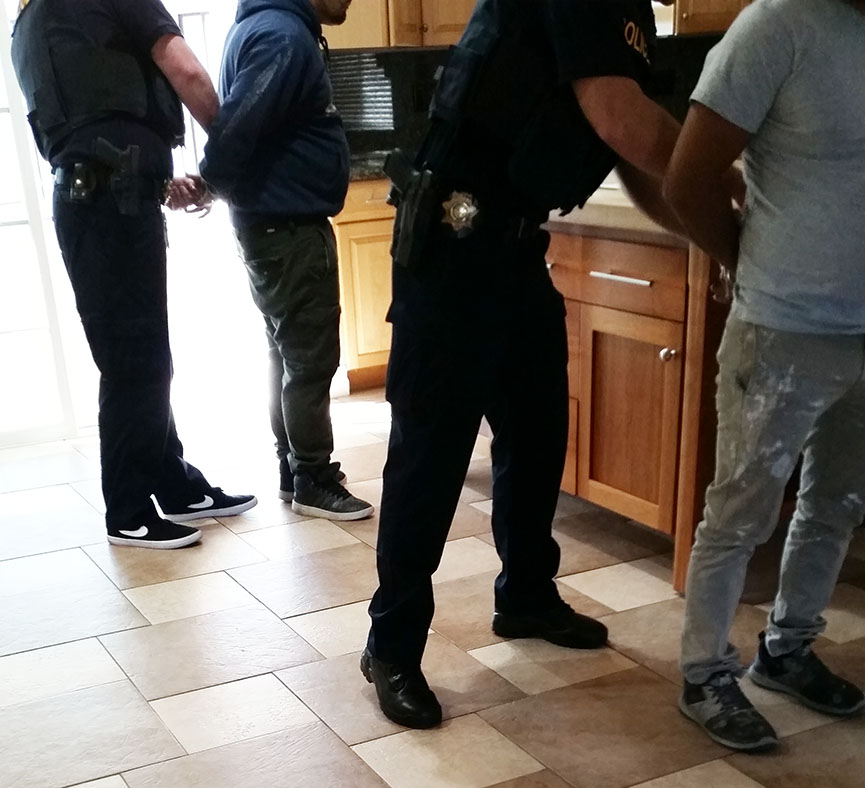 SACRAMENTO – On February 4-5, 2020, the Contractors State License Board (CSLB) conducted undercover stings in Union City and Redding, catching a total of 28 people suspected of contracting without a license.

In the Union City sting, Taynara Bueno de Sousa-Melo a bid of $30,000 for a combination asphalt and paver project. $30,000 is well over the legal limit for contracting without a license. In California, it's illegal for an unlicensed person to bid for or perform any home improvement valued at $500 or more in combined labor and material costs.

Bueno de Sousa-Melo and 15 other alleged unlicensed contractors gave bids at the Union City site for home improvement jobs, including general building, electrical, plumbing, fencing, HVAC, concrete, earthwork and carpentry.  The suspected unlicensed contractors are referred to the Alameda County District Attorney’s Office for possible prosecution. First-conviction penalties include up to six months in jail and/or up to $5,000 in fines.

One repeat offender was among those caught in the Union City operation. Eddy Amdrocio was cited for illegal contracting after a San Leandro sting last November. That case is pending with the Alameda County D.A.’s Office. After being ensnared in this latest sting, Amdrocio could face a more severe second conviction penalty, which could result in a mandatory 90 days in jail, and a fine of 20 percent of the contract price or $5,000, whichever is greater.

Also, in Union City, two individuals cited for illegal contracting were incorrectly using a CSLB license number or using a license number that did not belong to them. They face a penalty for fraudulent use of an incorrect license number.