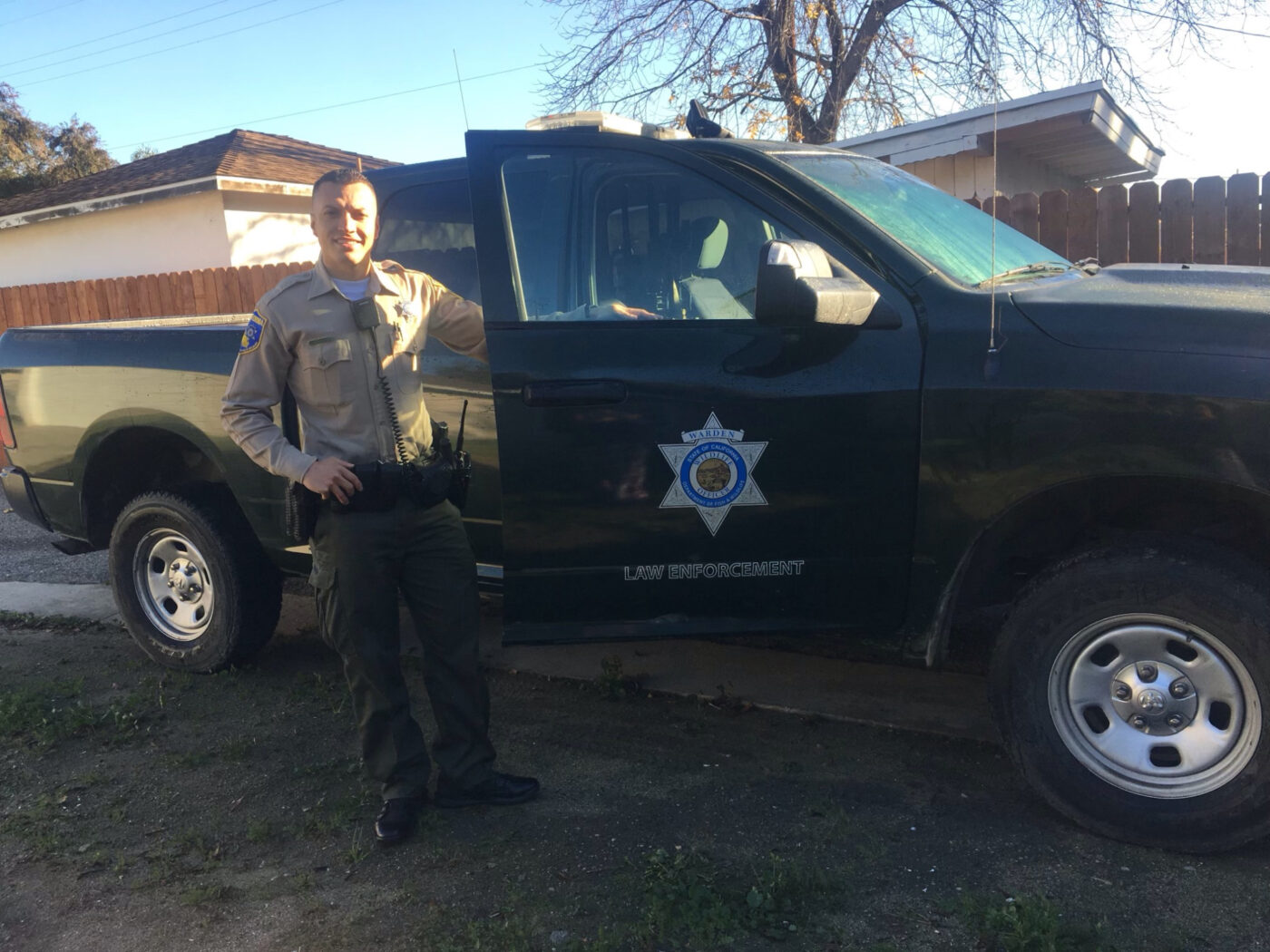 SACRAMENTO - On April 12, 2021, the California Department of Fish and Wildlife (CDFW) announced that Warden Jonathan Garcia was named CDFW’s 2020 Wildlife Officer of the Year. The Los Angeles County-based wildlife officer has led many notable investigations that resulted in successful prosecution of poachers over the past few years.

“Warden Garcia’s immense case load involved a wide variety of violations including illegal take of deer, take of lobster out of season, feeding bears, unlawful importation of restricted species, license fraud, take of mountain lions, take of bear out of season, use of throw nets and gill nets, and many others,” said David Bess, CDFW Deputy Director and Chief of the Law Enforcement Division. “For a wildlife officer who has only been with CDFW since 2018, that’s extraordinary performance. He’s an invaluable asset to us here at CDFW and the citizens of Los Angeles.”

According to CDFW, the writing and serving of a recent search warrant for a man suspected of illegally trapping wildlife helped Warden Garcia earn the nomination. Warden Garcia found the suspect had trapped and killed two mountain lions and a bear using three large 9’x4’x4’ homemade traps that were baited with dead goats. The investigation revealed that one of the lions and the bear were neglected once caught in the trap and had ultimately suffered a slow death. The same investigation revealed a live gray fox in a different homemade trap that was subsequently released, and an additional 11 dead raptors on the property. Lastly, unlawful streambed alteration violations were also found on the property. After the case was filed with the Los Angeles County District Attorney’s office, a felony arrest warrant for animal cruelty was issued for the suspect. Garcia and his squad mates arrested the suspect on the warrant on Mar. 29, 2021 and the case is pending prosecution.

Garcia has been very successful at finding violators who use methods of take that are most detrimental to our fisheries, throw nets and gill nets. An example is when Warden Garcia and another wildlife officer located a group of suspects who were poaching at night in the Malibu surf. They stopped the suspects in the act of using a 75’ long x 9’ wide gillnet. The suspects possessed 30 unlawfully taken fish, including three undersized halibut. Garcia has also made multiple throw net cases on the West Fork of the San Gabriel River, one of only a few streams that still hold wild trout in Los Angeles County.

While patrolling a remote area in the Angeles National Forest, Warden Garcia noted the odor of what he thought was an animal carcass of a possible poaching case. He followed the odor 100 yards to a decomposing human body. Upon further investigation with Los Angeles County Sheriff’s Department, the body was identified as a victim of an extremely violent murder. The suspected murderer had been taken into custody but refused to reveal the location of where he dumped the decedent’s body. Warden Garcia’s contribution to the investigation was crucial to prosecution of the case and closure for the family.

Warden Garcia’s Spanish speaking skills have also greatly contributed to poaching investigations wherever needed and often well outside his normal patrol district. He is highly skilled at conducting poaching investigations via suspected poacher’s social media accounts, online auction forums, and other digital tools used to traffic in wildlife and wildlife parts. He was recently nominated to become a Field Training Officer where he will be entrusted to train and observe recent academy graduates during their first few months in the field.