“There is no denying science and it is the work done by California DOJ criminalists that allow detectives to positively identify suspects, obtain arrest warrants and remove sex offenders from our streets where they are a threat to our safety and the safety of our children.” – Alan Barcelona, President of the California Statewide Law Enforcement Association (CSLEA) 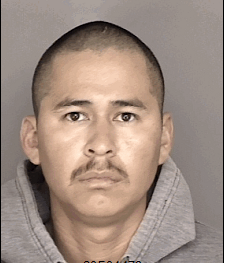 KING CITY  - On May 25, 2021, the Monterey County District Attorney’s  Office announced that Leonardo Ramirez Jr., 28,of King City was sentenced to life without the possibility of parole after a jury found him guilty of violently raping a 10-year-old girl, during the commission of a residential burglary in which he had the intent to commit a sex offense.

On February 3, 2018, around 7 a.m., Jane Doe (age 10) woke up to a man in her bedroom pulling down her pajama pants. The man was wearing a mask over his entire face, gloves, a dark hoody, and was holding what looked like a black handgun. When Jane Doe tried to scream for help, he covered her mouth and nose and told her to shut up as he pointed the gun at her head. She was scared for her life and complied. He then raped her and fled the scene. Jane Doe told her family and they called the police.

Jane Doe received numerous injuries from the assault. After DNA evidence was collected, a full DNA profile from that evidence was completed. For more than two years, police interviewed possible suspects and took DNA swabs to identify her rapist.

On May 20, 2020, King City Police set up a meeting with Ramirez and obtained a sample of his DNA surreptitiously. The California Department of Justice determined that Ramirez’s DNA matched the DNA evidence collected from Jane Doe.

Police arrested Ramirez the day after they received the DNA results. He initially denied he had ever been inside her home. When police confronted him with the DNA evidence, Ramirez then admitted he assaulted Jane Doe but minimized his conduct and intent.

On May 20, 2021, Jane Doe, now 13 years old, appeared in court to speak about how the attack and rape has affected her life.  Her mother and sister also gave impact statements.