“As a result of the diligent work by law enforcement, criminalists, judge and jury, this convicted killer will be locked up and prevented from hurting anyone again.  Because there are violent individuals such as this in our society, we must support our law enforcement officers and those who work to see that justice is served.” – CSLEA President Alan Barcelona 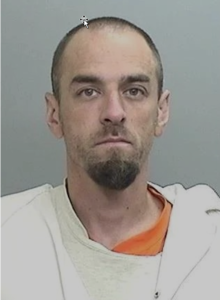 UKIAH – On February 23, 2022 convicted killer Jameson Wolfgang Jackson was sentenced to life without parole, plus an additional 32 years to life – in the California Department of Corrections and Rehabilitation.

The jury found true a special circumstance alleging that the defendant committed the murder by firing a handgun from inside a motor vehicle. The jury also found true the special allegations that Jackson personally and intentionally fired a firearm causing the death of the first man, and personally and intentionally fired the same firearm in an attempt to murder a second man.

The law enforcement agencies that developed the evidence used to convict Jackson were the:

These are not Jackson’s first convictions for violent crimes.  In 2001, Jackson was convicted and sentenced as a juvenile for the robbery and murder of Joan LeFeat, a Brooktrails shop owner. Jackson was sentenced to serve his time in the California Youth Authority not to exceed his 25th birthday.

Jackson was paroled by the state authorities just after his 23rd birthday in 2008, having served only 7 years for his involvement in the LeFeat robbery and murder. Jackson then timed out on his parole in August 2010 when he turned 25.