“This investigation was lengthy and of a very sensitive nature, and the original crime that was alleged by Sherri Papini disturbed citizens throughout the country as it gained national attention.   Through the thorough work of local, state and federal law enforcement and criminal justice professionals, who were under a spotlight and some criticism for not moving faster to solve this crime, thank you for your professionalism and staying focused on the conclusion of the investigation.” – CSLEA President Alan Barcelona 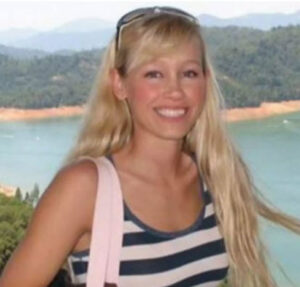 SACRAMENTO- On March 3, 2022, more than five years after she went missing and upon her return reported she had been kidnapped, Sherri Papini, 39, of Redding, was arrested on charges of making false statements to a federal law enforcement officer and engaging in mail fraud.

According to the criminal complaint filed in this case, on Nov. 2, 2016, Papini was reported missing, and extensive searches were conducted for her in Shasta County and California, as well as in several other states. On Nov. 24, 2016, Papini was found in Yolo County near Woodland. Papini had various bindings on her body and injuries including a “brand” on her right shoulder.

At that time, Papini told law enforcement officers and others that she had been abducted and held by two hispanic women at gunpoint and held against her will. She also provided details of the alleged abductors to an FBI sketch artist. Based on her account, law enforcement agencies were on the lookout for Hispanic women matching Papini’s description. According to the investigation, this was a false narrative Papini allegedly fabricated. According to the investigation, Papini had been voluntarily staying with a former boyfriend in Costa Mesa and had harmed herself to support her false statements.

During an interview conducted by a federal agent and a Shasta County Sheriff’s Office detective in August 2020, Papini was warned that it was a crime to lie to federal agents. She was presented with evidence that showed she had not been abducted. Instead of retracting her kidnapping story, Papini continued to make false statements about her purported abductors. In addition, Papini caused the California Victim’s Compensation Board to pay victim assistance money based on her kidnapping story. From 2017 through 2021, Papini’s request for victim assistance caused approximately 35 payments totaling more than $30,000, including for visits to her therapist and for the ambulance that transported her to the hospital after her return.

“When a young mother went missing in broad daylight, a community was filled with fear and concern,” said U.S. Attorney Talbert. “Shasta County Sheriff’s Office immediately began investigating, calling on the assistance of the FBI. Countless hours were spent following leads, all in an effort to bring this woman back to her family. Three weeks later, she was found 146 miles south of where she disappeared, and the focus went from trying to find her to trying to find her abductors. Ultimately, the investigation revealed that there was no kidnapping and that time and resources that could have been used to investigate actual crime, protect the community, and provide resources to victims were wasted based on the defendant’s conduct.”

Special Agent in Charge Sean Ragan of the FBI Sacramento Field Office said, “We are grateful for the dedication of the agents, investigators, lab technicians, professional staff, and prosecutors who aided our collaborative fact-finding efforts. We are relieved that the community is not endangered by unknown, violent kidnappers, and thank the public and media for their patience and strong support for this case since the initial reports of Sherri Papini’s disappearance.”

“The Shasta County Sheriff’s Office is very thankful for the partnerships with all of the local, state, and federal allied agencies that have been involved with this investigation for the last five plus years,” said Sheriff Johnson. “The arrest of Sherri Papini was made possible by the outstanding hard work of a multitude of agents, detectives, DOJ criminalist, forensic analyst, crime scene investigators and support staff members that were assigned to this investigation. Everyone involved in this investigation had one common goal; to find the truth about what happened on Nov. 2, 2016 with Sherri Papini and who was responsible. The 22-day search for Sherri Papini and subsequent five-year search into who reportedly abducted her was not only taxing on public resources but caused the general public to be fearful of their own safety, a fear that they should not have had to endure. The Sheriff’s Office has appreciated the support and patience from the citizens of Shasta County and abroad. This investigation has always been a priority to get solved for the Sheriff’s Office as well as for our investigating partners at the FBI and the California Department of Justice’s Bureau of Forensic Services and Bureau of Investigation.”

“At the California Department of Justice, we're proud of the work that our investigators and forensic experts do each and every day to provide critical investigative leads to our law enforcement partners across California,” said California Attorney General Rob Bonta. “No matter the circumstances, our team is committed to the facts. While this case deals with a tough situation, we'll continue to do our part to help secure justice. Thank you to our partners at the federal and local level for your commitment to seeing this case through.”

This case is the product of an investigation by the: