Wearing coveralls and hard hats, California Highway Patrol (CHP) Motor Carrier Specialists often get down and dirty performing some of the most intense inspections of trucks, buses and other commercial vehicles. School Pupil Transportation Safety Coordinators ensure those who drive our children to and from school are properly trained and their backgrounds are checked.  Your safety out on the highway as you drive beside a commercial vehicle, or as a passenger on a school or tour bus, is our number one concern.

The more than 200 members of the Association of Motor Carrier Operation Specialists (AMCOS) are on the front lines of transportation safety, working diligently to make sure the buses and semis rolling along the state’s roads are mechanically sound and are operated by qualified, trained, rested and sober drivers. 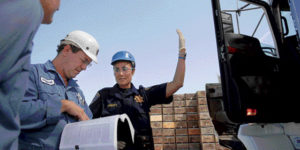 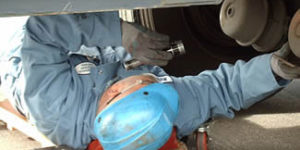 Motor Carrier Specialists have been part of the CHP since 1963.  2013 marks their 50th anniversary year.  Their duties and responsibilities have increased over the years as they have come to be known as the "off-highway bus experts."

AMCOS members certify all school bus drivers in California and inspect the condition of their vehicles.  In 2012, that meant inspecting 1,191 school bus terminals and certifying nearly 30,000 vehicles. 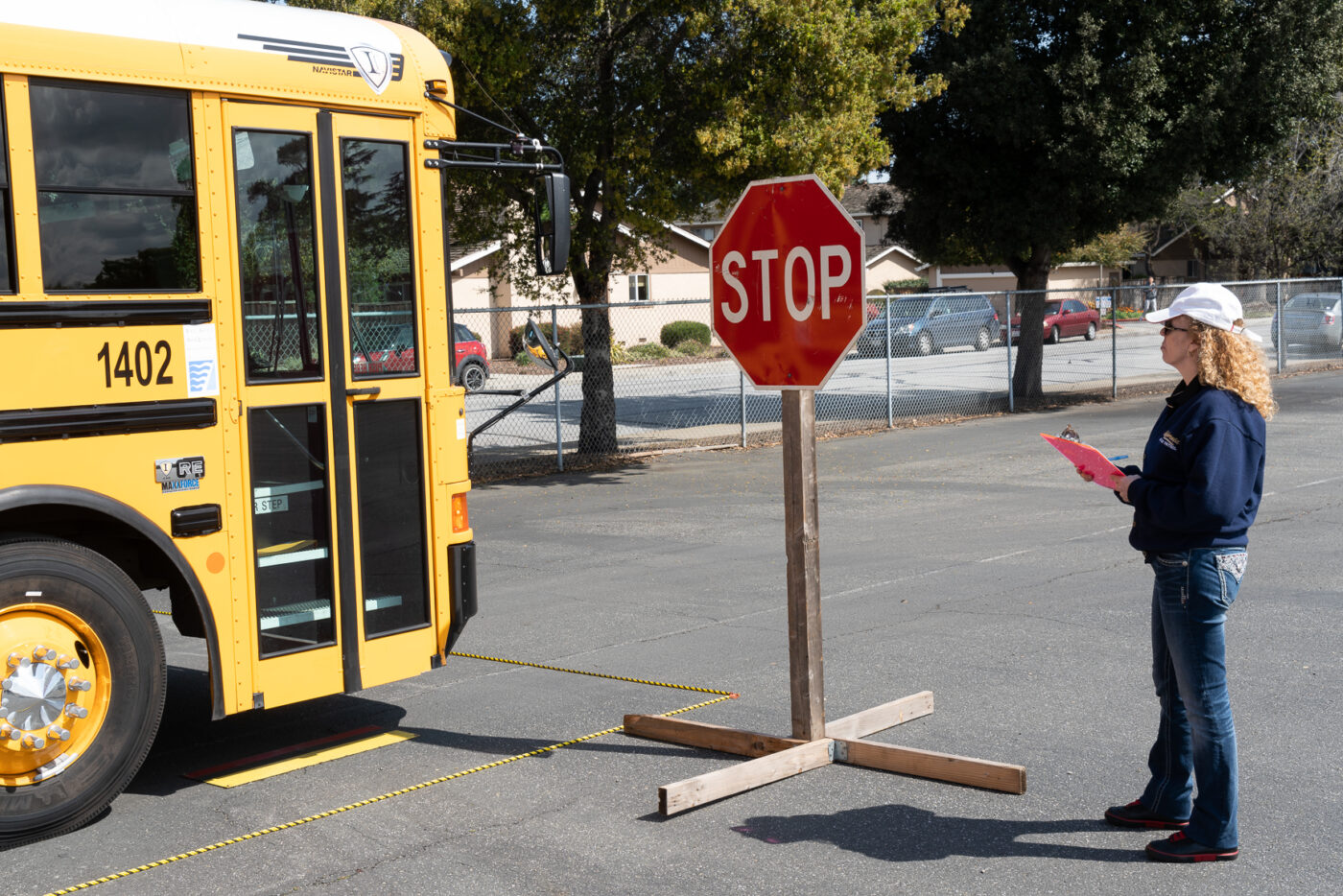 Let's talk about semi trucks!  AMCOS members inspect all semi trucks with terminals in the Golden State.   Some Motor Carrier Specialists are called upon to lend their expertise to the elite CHP Multidisciplinary Accident Investigation Team (MAIT) .   As part of MAIT, Motor Carrier Specialists perform CSI work on major auto, bus and truck crashes, reconstructing accidents to find the root cause of the collision.

In October 2012, the CHP was recognized as having the "best commercial enforcement program in the nation."  CHP Motor Carrier Specialists are a huge part of that.

AMCOS Board of Directors

2018 Quarterly Board of Directors Meetings

Note: Dates and locations of meetings are subject to change based on availability of meeting space and the travel needs of the Board of Directors (BOD). Updates will be made to this information as it becomes available. AMCOS works diligently to keep the costs associated with quarterly meetings as low as possible. Questions may be directed to the AMCOS BOD at bustos293@yahoo.com.

Motor Carrier Specialists (MCS-1s) became part of the California Highway Patrol in 1963 with 43 employees. Their primary function was to perform inspections of trucks.

In 1973, school busses were added to their assignments.

In 1979, inspection and certification of hazardous waste vehicles and containers were included.

In 1980, motor carrier specialists were charged with annual inspections of all bus terminals.

In 1983, annual inspections and certifications of youth busses were added.

In 1987, annual inspections and certification of GPPV were put in the bailiwick of AMCOS-member motor carrier specialists.

In 1988, creation of the BIT program required the addition of 150 motor carrier specialists.

In 1996, inspections of the drug and alcohol testing programs of commercial carriers were added to the responsibilities of MCS-1s.

In 1997, they were asked to assist in the enforcement of Motor Carrier Permits required of carriers.

That same year, updating carrier information for the Teal Data Center was added.

Next, AMCOS-member Motor Carrier Specialists were asked to interpret lease contracts between prime and sub-contractors.

The CHP Motor Carrier Safety program has proven itself time and time again to be the most successful off-highway commercial safety program in the country.  Other states and the Federal Motor Carrier Safety Administration continue to shape their off-highway inspection programs after the CHP MCS programs model.  The CHPs MCS program completes more terminal inspections, more drivers’ records inspections, vehicle inspections and takes more unsafe motor carriers off the highways than any program in the United States.