California Food and Drug Investigators mission is to protect and improve the health of all California residents by assuring that foods, drugs, medical devices, cosmetics and certain other consumer products are safe and are not adulterated, misbranded nor falsely advertised; and that drugs and medical devices are effective. 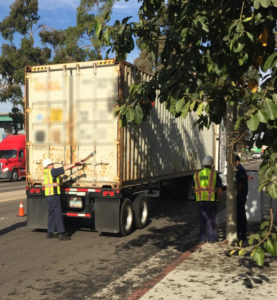 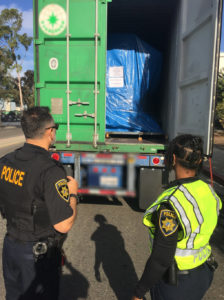 Joel started his law enforcement career in 2008 for a sheriff’s department in California. In 2013, he transitioned to a State of California investigator. In 2019, he was elected as CAFDI vice president. In 2021, he was elected as president of CAFDI. Joel also serves as an officer safety instructor for his department. Joel looks forward to the many challenges ahead and hopes to continue to build a unified front for all CAFDI members.

Chantha was elected as CAFDI vice president in 2021.

Katelyn Gomez is an investigator for the Food and Drug Branch with five years of experience doing prescription drug and medical device investigations and enforcement. Katelyn loves the different aspects of her job which among many other things, includes, working with different members of the public and private sectors, performing undercover buys and helping with drug take back days. Katelyn is inspired daily by her husband and their two kids. In her free time, Katelyn likes to hike, play tennis, swim and cook with her family.

Nicole has been an investigator with CDPH-FDB since 2002, starting with the Stop Tobacco Access to Kids Enforcement Unit, and is currently a supervising Food & Drug investigator with the Food Safety Enforcement Unit. Nicole has served on the CAFDI board for more than 15 years as president, vice president, secretary, and regional director.  She looks forward to her new role as treasurer.

Angenette has served as a public health official for 18 years in retail food, air quality, drug, and tobacco enforcement.  Angenette celebrated her 12th year, as an Investigator with the Food and Drug Branch, in June 2022.  She is an officer safety instructor of multiple disciplines.  Throughout her career, Angenette encourages team building.  She has found collaborative and cohesive partnerships are important pillars of a strong work environment.  Angenette has a creative and passionate spirit, and eager to be of service to CAFDI.

Wendy began her career as a Food and Drug Investigator for the California Department of Public Health, Food and Drug Branch in 2001.  She was hired as part of a new unit that developed educational content and classes for the food industry.  Later, she transferred to a field position where she performed food-safety inspections, investigations, trained her peers, and liked learning about the diverse food industry in California.  Currently, Wendy is enjoying her position as the Organic Program Specialist for the Branch.  In this capacity she oversees the organic and OCal programs which entails activities such as regulation writing, bill analysis, providing technical expertise for investigations and enforcement activities, creating and providing training, responding to program inquiries from the industry and government agencies, and serving on the California Organic Products Advisory Committee.  Wendy is looking forward to serving her colleagues and being a part of the CAFDI board.