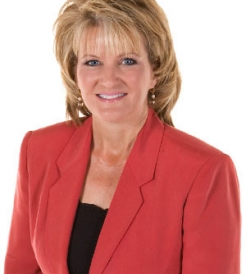 “We’re extremely glad we could lure someone with her experience away from what she does so well to help us with what we need to do more of, and that is acquaint a broader public with the heroic work our members do every day,” said Alan Barcelona, president of the 7,000-member California Statewide Law Enforcement Association.

CSLEA represents state-employed police, fire, investigative, and public safety professionals in more than 160 job classifications throughout government. More about the people who protect Californians where they live, work and play can be read by clicking here.

“Working for CSLEA is an exciting opportunity to combine my passion for journalism and public safety, promoting the work of a fantastic group of people who are there for Californians when harm threatens to come their way,” said Cox.

Cox and her husband, Michael, have lived in the Sacramento area since 1985. The couple has two grown children. Teri Cox can be reached at tcox@cslea.com or at 916-447-5262.

Protecting people where they live, work, and play, the California Statewide Law Enforcement Association represents more than 7,000 state employees in more than 180 job classifications united by one task: To provide for the public’s safety. The CSLEA headquarters is located at 2029 H St., Sacramento, CA 95811. The phone number is 916-447-5262. More about CSLEA can be found at www.cslea.com.