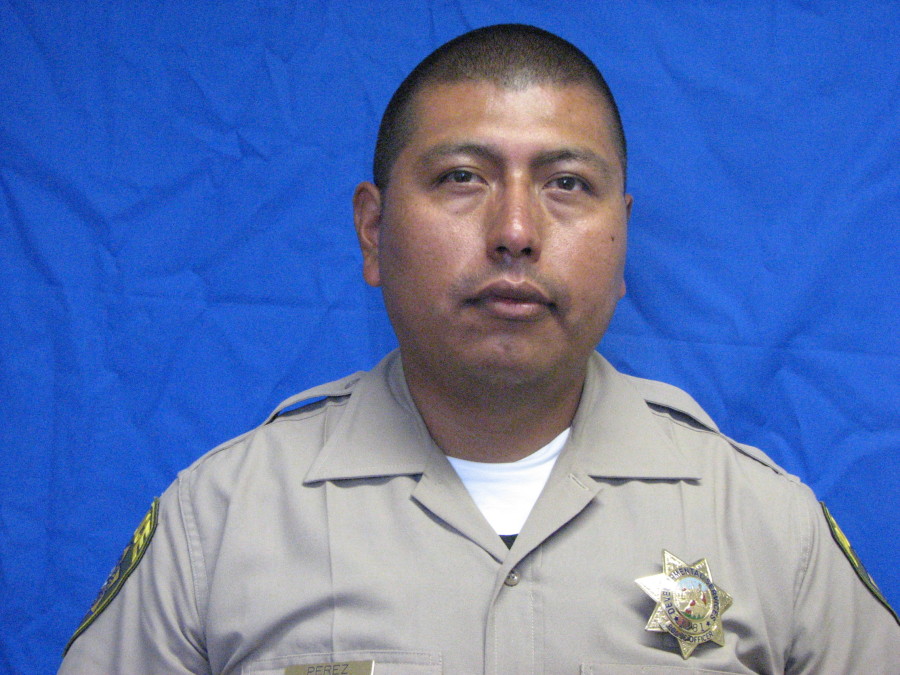 "I looked to the 57 freeway, saw a car fishtail, the car flipped two times in the air and hit the center divider," said Officer Perez.

Officer Perez knew he may be the driver's only hope for help.  He notified dispatch and drove to the freeway, code three.  "I saw a girl come out of the car and she was stumbling and fell to the ground," said Perez.

The driver was bleeding from her nose and her mouth.  Officer Perez feared she might try to stumble into freeway traffic as cars continued to speed by.  She was dazed and in shock.  "I told her not to move," said Officer Perez.

He called for CHP and paramedics.  A citizen asked if he could help.  As cars sped by at an alarming rate given the debris in the road and the hazard, Officer Perez asked the citizen to stay with the accident victim as he attempted to control traffic.  He routinely checked back with the victim, monitoring her injuries and asked witnesses to remain in a safe location until  CHP officers arrived to take their statements.

The victim was a young woman in her 20's, injured and alone.  "I kept talking to her.  She would mumble a little.  I told her to hold on," said Officer Perez.  "That car got me the most, the whole front totally caved in, it was a Honda sedan. The air bag had deployed.  I think she had glass in her eye."

As CHP officers and paramedics arrived, Officer Perez continued to help at the accident scene, directing  traffic until other CHP officers arrived.  Officers shut down both north and southbound lanes as a helicopter landed.  The accident victim was flown to a nearby hospital.

A week later, Officer Perez doesn't know the extent of the young driver's injuries.  He was told, at the scene, her injuries were severe.

"Our CSLEA members who are sworn DDS peace officers are trained for everything," said CSLEA President Alan Barcelona.  "Not only are they uniquely trained to protect vulnerable patients with severe developmental disabilities, they have all the duties of any other law enforcement officer.  We're extremely proud Officer Perez came to the young driver's rescue."