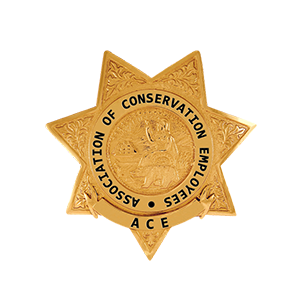 Each year, CCC crew managers and conservationists guide corps members through a 16-hour flood protection training  that includes both classroom and hands-on experience.   That includes filling sandbags and stacking them quickly, correctly and efficiently to protect homes and property from damaging floodwater.

"This is another great example of how the CCC gets involved in emergency action this time of year," said Association of Conservationist Employees (ACE) President Jim Kastner.  "It's not just hot summer emergencies like fires but conservationists and corpsmembers are well prepared for a cold weather natural disaster response."

If you have never seen these crews in action, they are a well-choreographed chain of hard working individuals who shovel gravel-like sand into bags.  Those heavy bags are passed down a line, person by person and stacked in a wall of protection.

According to the CCC, since the Corps  was created in 1976, corpsmembers have filled 3.5 million sandbags for emergency response efforts.

"Our CSLEA members who are conservationists with the CCC are a remarkable group," said CSLEA President Alan Barcelona.  "They not only respond to flooding, earthquake or fire damaged areas, they are out in the elements and they're training young people job skills and what a professional work ethic is all about."

Given the way streams and rivers rose so quickly when storms slammed  Northern California last week, California is lucky to have such dedicated conservationists and their corpsmembers at the ready.