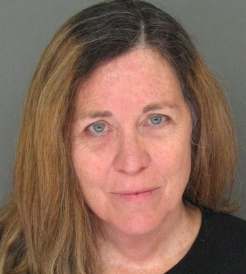 It is a multi-million dollar case involving fraud, grand theft and diversion of funds and a Santa Cruz County woman is at the center of it.

"Our CSLEA members who investigate crimes for the Contractors State License Board are like guardian angels watching over consumers as the unscrupulous attempt their devil-like deeds," said CSLEA President Alan Barcelona.  "No one wants to lose out on hard-earned money and our investigators work assertively to put a stop to it."

After a lengthy investigation by the Contractors State License Board, Sandra Nora Greenwell, 56,  was arrested on three felony and two misdemeanor charges.

According to the CSLB investigation, in December 2010, Greenwell and her son formed Los Gatos Group LLC to build a residential home in Los Gatos.  The investigation found Greenwell enlisted investors for financial backing to the tune of $3.2 million.

Greenwell allegedly diverted at least $46,500 of  that investment money into the bank account of another company she ran, Eagle Consulting Team.

As a result of the investigation, Greenwell is also accused of hiring  unlicensed contractors to work on the residential project and  illegally using  a licensed contractor's number to pull a building permit for the project.

Greenwell is charged with: