Picking Up Where Natural Disasters Leave Off 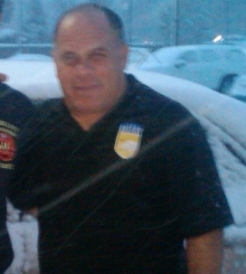 Some would joke that California Statewide Law Enforcement Association (CSLEA) member Bob Butchart gets around.   After all, he has rolled up his sleeves with Irene, he has had "boots on the ground" with Katrina and he has recently returned from a whirlwind encounter with Sandy.   These were not wild gals, they were wild gales.  Hurricanes that put buildings, infrastructure, and humanity to the ultimate test.  Get out your score card, because this is where Butchart excels.

Butchart works as an Emergency Services Coordinator for Maritime Response and Recovery for the California Emergency Management Agency (CalEMA).  It is his job to come to the rescue, to prepare for and to pick up after disaster.

When Butchart was handed his Hurricane Sandy orders, he had just a few hours to deploy.  As someone in charge of organizing incoming help, here is some of what Butchart had to think about:

How will the crews get gas for their vehicles?  With nearby lodging  damaged or destroyed and without power, where would crews grab their few hours of sleep? Where and what would they eat?  Stores and restaurants were closed.  ATM's were without power.  Forecasters were calling for a Nor'easter, packing heavy snow.

The situation in New York was beyond bleak.  High winds and flood water destroyed homes and businesses.  Thousands were homeless.  The use of cruise ships as shelters was being considered.  Nearly half the population was without power, including heat.  If generators were not out of fuel, they were close to it.  Cell phone service?  It was as if it didn't exist.

"When I got there, the ground was still moving," said Butchart.  "One of the hardest things was finding places for people to sleep.  I stayed at work for the first two days, among other things, finding housing for all of the incoming help."

The goal was to house crews as close to disaster sites as possible because any fuel spent commuting to a site was wasted fuel and there was no fuel to waste.  Butchart assisted crews with set ups in convents and on the floors at  schools.

A combined 32 years in the military and as an emergency services coordinator, Butchart has dealt with dozens of disaster responses overseas and stateside over the years.

"As far as stateside responses, Nine-11 is still the most complex and challenging in the sense the attacks were on the east coast, but the entire country went into a first ever 'terror response mode,'”  said Butchart.  Butchart  puts Hurricane Katrina at number two as far as U.S. responses and Hurricane Sandy rounds out the top three.  "The direct hit on New York City and the huge amounts of people effected by Sandy and the Nor'easter puts Sandy in the top three."

Hurricane Sandy was nicknamed "FrankenStorm" for a reason.  It was the largest Atlantic Hurricane on record and the second largest hurricane in U.S. history.  It caused more than $65 billion dollars in damage and claimed more than 250 lives.  Three and a-half months later, complex recovery operations are still work in progress.

"Our association members and the work they do, never ceases to amaze me," said CSLEA President Alan Barcelona.  "Our members are at the forefront of public safety and consumer protection, all 7000 of them.  You sit back and you listen to Mr. Butchart's efforts and you can't help but marvel at his expertise, his reassuring strength in emergencies, his willingness to be deployed and he still has a sense of humor."

"Time spent in any disaster is always too short," said Butchart.  In his short time in New York, Butchart lent more than a hand, he was part of the recovery, part of history, part of goodwill that will be returned should disaster strike California one day.

One of his own mottos from when he was serving in Belfast in 1980 is:  "Thinking fast, is not smart, thinking smart is a start, thinking not too much... well that's patience."